A Man for All Ages; Vin Scully, "The Natural" 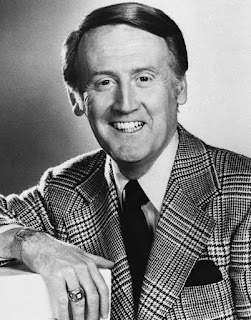 TRIVIA WINNER: Congrats to Dan Taguchi of Los Angeles, who correctly identified Tom Candiotti as the player who portrayed Hoyt Wilhelm in the film "61*.". The Prize: Starbucks Gift Card.

ANSWER to the Trivia question in the previous column:   Former Dodger pitcher and kunckleballer Tom Candiotti appropriately portrayed Hoyt Wilhelm in the film "61*."

The dulcet tones fell silent one last time this week. For all of us who lived the 1960's and loved the game, Vin Scully continues to pull on our heartstrings as well as our ear drums. He taught us to love the game. He taught us how to love the English language, he taught us what we know about baseball. He taught us period.

(The moment on a transistor radio)

As I put together many radio tributes the night Scully passed away for KNX Radio and interviewed others who knew him better than me on a personal level, the more I was pulled into the world I always knew existed. I realized how much I learned just listening during those precious teen-age years of Dodger games.

Never a Dodger fan, always a Pittsburgh fan tried and true, I listened because of Vinny.  Along with the Pirates' Bob Prince (the Gunner), I could not have grown up in a better era to shape my own career, my own life. It was the two of them, more Vin than Bob because of the many years growing up in Los Angeles, that I became a sports broadcaster. It was my passion because as a young child I realized if I couldn't play baseball for a living, I must stay as near to the game as I could; aka sports play-by-play. I got to do some PBP in my career before falling in love with the news business and moving onward. Still, sports and mainly baseball was and remains my passion.

Our lives are better because of Vin Scully. I realized that, not only because he signed a baseball for me which already had the names of great broadcasters including Russ Hodges ("the Giants win the pennant, the Giants win the pennant"), but because the day I ran into him at a local shopping center parking lot (we lived a few miles from each other and shopped at the same stores), I realized at that moment when we chatted he really was "just Vin," the guy next door. The Bud you wished you could always hang out with.

His beauty was being able to realize when the game of baseball became boring to the fans as it often does, lets face it, the game can be slow. He knew when fans were losing interest and began to weave in a story you knew you had to hear to the end. Whether it was at the end of the inning or that familiar phrase "I'll finish that story when we come back," you had to hang on through the Union 76 commercials.

Today I remember some of the phrases he left me with as the Professor of the sports/English language and which left an undeniable mark on my own life.  It was "Bob Gibson works so fast on the mound he pitches like he was double parked." It was "with the Dodgers leading 2-1 heading to the bottom of the ninth, stick around because coming up are Messieurs Mays, McCovey and Hart." It was "in an improbable year, the impossible has happened." It was a "high drive to deep right field," "strike three called," "it gets through Buckner," "of all the people who could have broken Don Drysdale's streak, Willie Mays, Hank Aaron, Roberto Clemente, it was a guy named Howie Bedell," "swung on and missed, the PERFECT GAME," and when Fernando Valenzuela pitched a no-hitter I was listening on my transistor radio as Vin said "throw your sombrero's into the air."                                                         (Scully "For the Love of the Game")

There are too many moments, great moments and just daily, seemingly mundane moments which were great. As fellow broadcaster Charlie Steiner told me in an interview he was "the Babe Ruth of broadcasting and he was better than any of us. He was the best and none of us will ever be better, none of us ever."

I could only follow up with the immortal words of Roy Hobbs. He was "the best there ever was," because Vin Scully was truly "the Natural."