Niekro vs. Niekro - a Key Holiday Game - Cubs vs. Braves

ANSWER to the Trivia question in the previous column: Jayson Werth hit the most homers in a season when it came to the family of major leaguers related to Dick Schofield.

The 1967 season was a real turnaround for the Chicago Cubs, transforming from 59-103 and a tenth place finish in the National League in 1966, to being right in the thick of things in 1967, before finishing third at 87-74, 14 games back of the Cardinals. The key game sending the Cubs toward destruction in 1967, was the battle of knuckle-balling brothers; Joe and Phil Niekro. 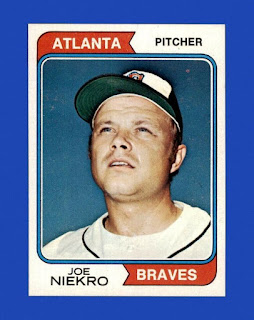 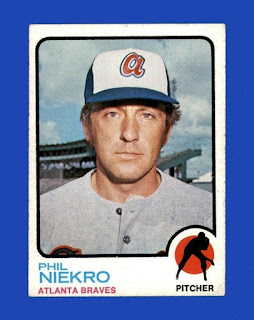 The Cubs went into a July 4th holiday double header in Atlanta, atop the NL and tied with the St. Louis Cardinals at 46-29. They had won seven in a row and 14 of 15 and were flying high. The previous night they belted the Braves 12-6. The Braves were 6.5 games back in fourth place. The first game of the twin bill would feature future Hall of Fame pitcher, Phil Niekro of the Braves against his brother Joe of the Cubs.

Each team featured some of the greatest sluggers of all time. The Cubs had Ernie Banks, Ron Santo and Billy Williams, while Atlanta sported Hank Aaron, Mack Jones, Fellipe Alou and Rico Carty. Phil Niekro set the Cubs down in order in the first but Joe suffered the hard luck fate of the brother duo in the bottom half of the inning.

Alou led off with a double and went to third when a ground ball by Mack Jones was mishandled by shortstop Paul Popovich and with the first of his two errors, Popovich allowed Jones to take second. Following an intentional walk to Aaron, Carty singled home two runs, giving the Braves the lead.
The Cubs scored solo runs in the second and third but with the scored tied at two in the bottom of the third, the roof caved in on Joe. Jones belted the first of his two homers on the day (no. 9 on the season) and two outs later Carty also hit his ninth. That was enough for manager Leo Durocher. He let Niekro finish the inning but that was it.

The Braves would roll on to win it 8-3 with Phil Niekro going the distance, pitching a 4-hitter and striking out seven Cubbies. It would be a game which the Cubs would like to forget. They lost the second game of the double header as well, 4-2. Chicago would begin the July Slide, losing seven of the their next eight and falling four games back of first.

They would go on another winning streak, picking up nine wins in 11 games, but the damage had been done. In August another seven game losing streak sealed the deal. They tried to stay in contention and actually did spend two more days in first. However, on August 5th they lost again to Phil Niekro, 2-1 with ace Fergie Jenkins taking the loss. It dumped the second place Cubs 8 games back of the Cardinals. When the season came to a close, they ended up in third place, 14 games out of first.

In the 1967 season Joe Niekro went 2-3 against the Braves, Phil was 2-0 against the Cubs, including his win over brother Joe on July 4th.