TRIVIA WINNER: Congrats to David Hubert of Mississauga, Ontario, Canada, who correctly named Burt Hooten and Milt Pappas as the two pitchers who tossed no-hitters with Randy Hundley behind the plate. The Prize: Starbucks Gift Card.

Few position players who reach the major leagues and stay for "a career" ever go through that entire career without hitting a home run. Woody Woodward was that guy; almost. When Woodward broke into the big leagues in 1963 with the "then" Milwaukee Braves no one figured him challenge teammate Henry Aaron. He was known as a decent field-no hit infielder in a group of lesser fielding players who were on the team rotating around the second sack.

Mike de la Hoz, Frank Bolling, Denis Menke, Sandy Alomar and Roy McMillan. None of them would drive fear into opposing pitchers and none of them, save McMillan possibly, would hold out hope for a gold glove. Woodward himself would fit right in. Between them in 1964 they would smack 24 home runs. Twenty of them by Menke. The 1960's Braves could hit with the likes of Aaron, Joe Torre, Felipe Alou, Eddie Mathews and at times players such as Rico Carty, Mack Jones and Gene Oliver. Hitting was not their problem. 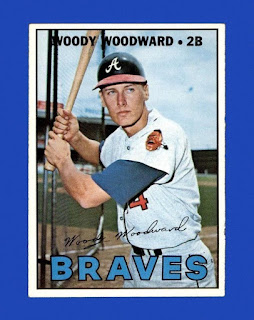 WoodyWoodward has spent nearly the entire decade of the 1969's, seven seasons and 1825 plate appearances without ever hitting a home run. Today, in the days of launch angles he may not even make the major league club; any major league club.

Then on July 10, 1970 after nearly 2000 trips to the plate,  he would hit his first and only home run. Ironically, it came as a two run shot off Ron Reed of the Atlanta Braves, the team which he played for until two years earlier. Woodward would say afterwards "If I hit one home run for every seven seasons, it will take me 4,998 seasons to catch babe Ruth." 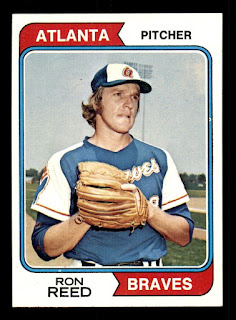 While Woodward was never the Babe Ruth of anything he did end up being a pretty good general manager. Early in his GM career he didn't last long with the Yankees or the Phillies, but as head of the Seattle Mariners he took the team to the playoffs in 1995 and 1997. During that time he drafted Alex Rodriguez, Jason Varitek, Bret Boone and Derek Lowe. He also acquired Randy Johnson from Montreal. He also traded away David Ortiz, the HOFer who became one of the greatest clutch home run hitters in baseball. Then again, Woody Woodward never did know much about home runs.