TRIVIA WINNER: Congrats to Joe Smagala of Russellton, Pa, who correctly identified Dick Nen as the player to be named later in the trade which sent Frank Howard to Washington for Claude Osteen. The Prize this week: Starbucks Gift Card.

ANSWER TO TRIVIA QUESTION IN THE PREVIOUS COLUMN: Dick Nen was the player to be named later in the trade between Los Angeles and the Senators which, among other players, swapped Claude Osteen for Frank Howard.

When generations of the future look back upon the box score of a little heralded game between the Pittsburgh Pirates and the Atlanta Braves on August 31, 1968, they will little understand the magnitude of it's bizarre-ness. The box score will show two appearances by the Pirates best pitcher that season, Steve Blass. It was sandwiched around the final appearance ever for long time ace reliever, Roy Face.

Face was a local favorite dating back to his 1959 season when he was 18-1 in relief. A record for winning percentage which still stands today. At .947 The Baron of the Bullpen set a record which may never be broken. His other records have been but he still is up in the all time greats in many relief categories. When he retired after 17 seasons only Cy Young and Hoyt Wilhelm had pitched in more games. Many have surpassed him since the era of the reliever became apparent.

But on this day, it was strange. It was the last day of the transaction deadline for MLB. The Pirates were going nowhere in September (20 games back of first) and Detroit was going to win the AL Pennant. The game was in Pittsburgh with only 4671 fans in the ballpark. They were the lucky ones. They were to see something rarely seen during that time period. 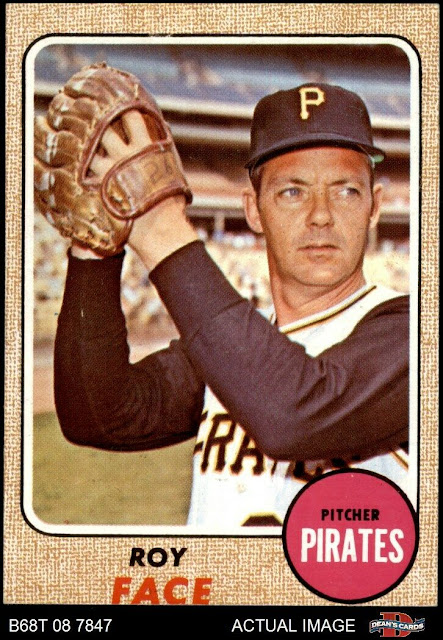 Then manager Larry Shepard decided to give the fans a treat, one last look at "little Elroy," as some called him as a term of endearment. Blass started the game and got Felipe Alou to ground out to third baseman, Maury Wills. Shepard came to the mound and brought in Face to pitch for the 802nd time in a Pirates uniform and an NL Record at the time. Blass moved to left field replacing Carl Taylor. Face induced Felix Millan to ground out to shortstop Freddie Patek for the second out. 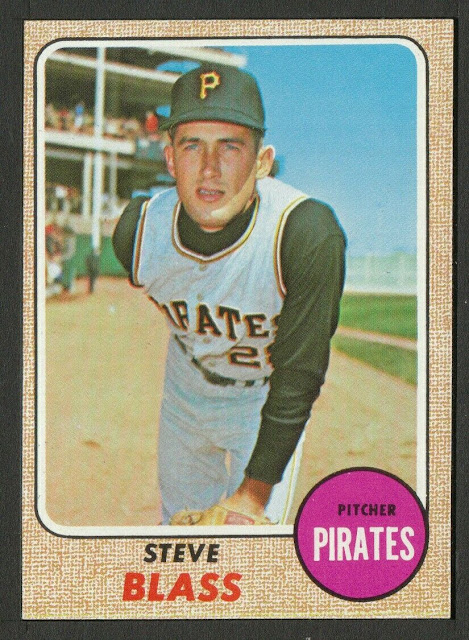 Shepard again came to the mound, removed Face and brought Blass back to the mound. Left field would now be occupied by Manny Mota. Blass promptly gave up a double to Hank Aaron but the Braves didn't get much more. Led by a potent Bucs line-up, Blass went the distance giving up five hits for his 13th win. Patek drove in three runs, Chris Cannizzaro had three hits and the Bucs went on to score an 8-0 win. Blass could not get credit for the Shutout because Face pitched to one batter. (SEE BOX SCORE BELOW) 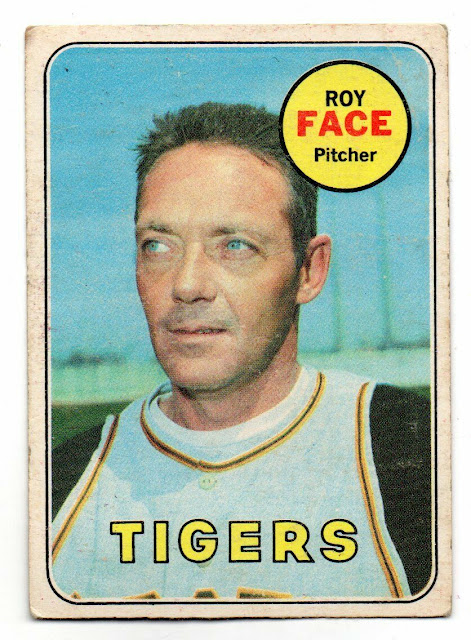 After the game it was announced Elroy Face had been sold to Detroit where he would pitch a total of one scoreless inning that season. He moved to Montreal for the 1969 season, his last, with a 4-2 record. That one day box score read; Blass .1 inning, Face .1 inning, Blass 8.1 innings. Rather unique and a real treat for the Pittsburgh faithful who watched Face give his all in the 1960 World Series.