FOR MORE GENERAL TRIVIA CHECK OUT MY YouTube Channel !
TRIVIA WINNER: Congrats to Philip Engel, of Plymouth, MN, who correctly identified Frank Quilici as the man who replaced Bill Rigney as the Twins field manager during the 1972 season. The Prize this week: Starbucks Gift Card.

ANSWER TO TRIVIA QUESTION IN THE PREVIOUS COLUMN: Frank Quilici, the light hitting former Twins infielder of the 1960's was the man who replaced Bill Rigney as manager during the 1972 season.

The 1964 season started off on the wrong foot for the Washington Senators with a 4-0 loss to the Los Angeles Angels. By the end of the season on October 4th, there would be 21 more shutout losses. When it all ended the hapless, Gil Hodges led Senators would finish 37 games out of first place with the right to "look up to see down." While the 22 Shutouts in a season was far from the record of 33, it was an embarrassing year for Washington.

In that first game ace Claude Osteen (who later that year would end up in Los Angeles with the Dodgers) pitched a really good game. He tossed seven strong innings giving up just three runs. His counterpart on the mound however, Ken McBride pitched the game of a lifetime. McBride went 6.1 innings of magnificent baseball before giving way to Julio Navarro. McBride gave up one lone hit - to Osteen. It was a double to center in the third. He did walk five batters but was never in trouble until the seventh. 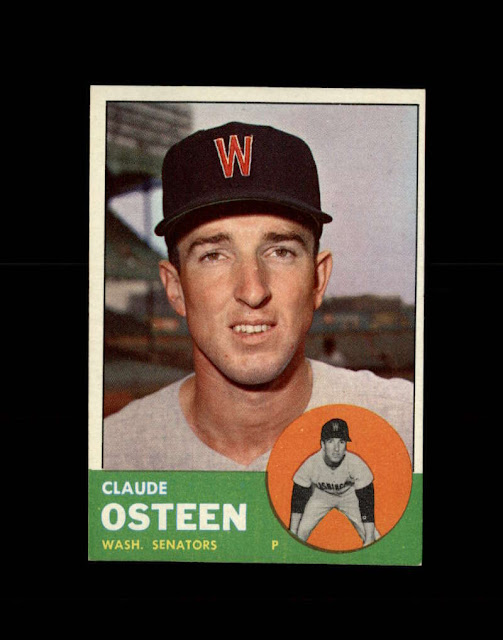 In the seventh inning with one out, McBride lost his control. He walked Don Lock, Ken Retzer and John Kennedy in succession. Bill Rigney had seen enough and brought in Navarro who struck out Dick Phillips and got Don Blasingame to ground out, ending the inning. That was pretty much it and the Angels went on to record their opening day win in the nations capitol before 40,000 fans. 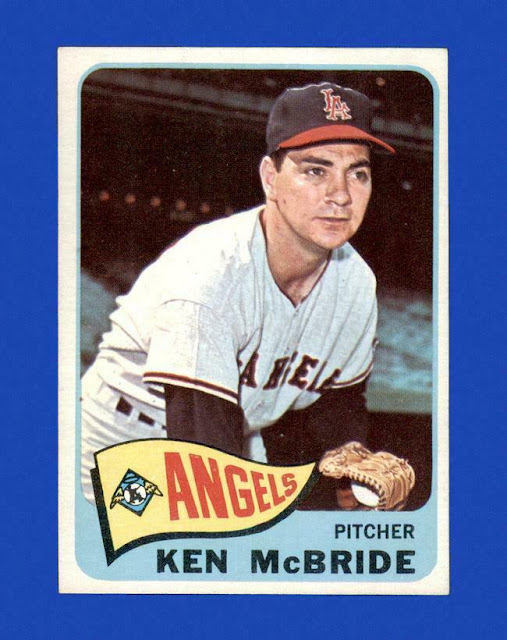 What followed was an horrendous season for the national team. In June they lost 20 of 25 at one point, dropping 10 more games off the pace approaching 20 games back of the league leaders. No one expected the Senators to compete in 1964. They would lose at least 100 games in a season four years running. However, this was the final year of that run. Finishing 62-100. The next year they would only lose 92.

Lock led the team in 1964 with 28 homers but hit only .241 and he struck out 137 times. Only two players bettered .270 with Bill Skowron (.271) and Chuck Hinton (.274) besting the mark. Osteen's 15 wins (15-13) were pretty remarkable when you consider the team only won 62. With starters Buster Narum, Bennie Daniels and Dave Stenhouse in the rotation this team was not going far.  Ron Kline Saved 14 to lead the bullpen.

By the end of the season ownership had had enough and sent their best pitching packing to Hodges former team. The Dodgers received Osteen, Kennedy, $100,000 and a player to be named later for Frank Howard, Ken McMullen, Phil Ortega and Pete Richert. Those players formed the foundation of a Senators team for most of the rest of the decade