Tigers vs. Indians - A Most Boring Twin Bill

TRIVIA WINNER: Congrats to  Bill Jackson of Memphis, TN, who identified the answer we were looking for; Chris Short.  The Prize: Starbucks Gift Card.

ANSWER to the Trivia question in the previous column: Chris Short was the pitcher who ws with the 1961 Phillies and who would go on to win 20 games for the club.

Sometimes the better pitcher just doesn't have the better luck. Such was the case on June 8, 1961 in Detroit. The Cleveland Indians had come to town with a very similar record with the Tigers. Detroit was 34-17, the Indians were 33-19. The Tigers were middle of the order heavy with Al Kaline, Rocky Colavito and Norm Cash. The Tribe not quite so heavy with Vic Power, Johnny Romano and Jimmy Piersall. Only one of whom would figure in the scoring.

The starters were Jim Perry for the Indians and Don Mossi for Detroit. The Indians second baseman, Johnny Temple would lead off the game with a double. Piersall flied out and Tito Francona struck out. But Power delivered another double and Temple scored. Indians 1-0 before the Tigers could get to bat. But it didn't matter because that was all the scoring there was. 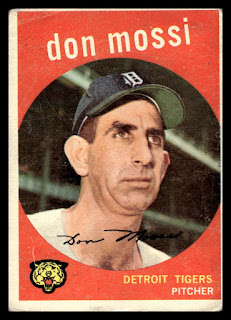 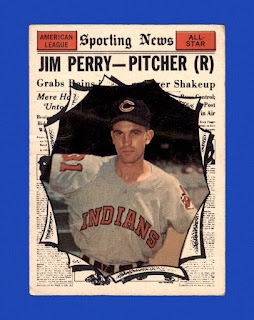 Tiger batters left 9 men on base, the Tribe left 6. Five of the seven hits Detroit pitchers allowed were Indians' doubles. The Tigers did not get an extra base hit. The 2:21:00 game was the first of a double header which had been rescheduled and played on wet grass.

The second game wasn't much more exciting as the Tigers evened it up with a six-hitter by Frank Lary going the distance 2-1, with Cash getting the day's only home run, a solo shot. The winning run was scored by Lary himself who had two hits and he came home on a hit by Charlie Maxwell.  Wynn Hawkins took the loss.