The Dead Art of the Bunt

TRIVIA WINNER: Congrats to Craig McGraw of Middletown, DE, who correctly found it was Wayne Causey who led the A's in many offensive categories including BA. The Prize: Starbucks Gift Card.

The art of the Sacrifice Bunt has become a lost art in major league baseball. The last time a big league player had at least 20 Sac Bunts was 2009. That pales in comparison to the "golden" days of baseball when even sluggers gave themselves up by laying down a bunt. Believe it or not one of the most bizarre statistics in baseball came in 1927 when Lou Gehrig showed his true worth as a New York Yankee.

But this is a column about the 1960s and the top mark of the 60s was set by Houston shortstop Sonny Jackson in 1966. Jackson, a notorious singles hitter, would have his best year in "66, batting .292. It was his rookie season and his 27 bunts lead the majors. However, his total sacrifice bunts that season was nearly half his career number of 57. He never laid down more than eight after that. 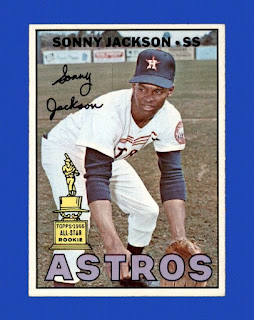 The previous season the Dodgers first baseman, Wes Parker led the league with 19. Parker actually had SH's in double figures four times in the decade and he more than once hit at least 10 homers. Aside from the 1968-1969 seasons when Phil Niekro and Jim Merritt led the majors, hitters rather than pitchers were first in the SH stats. 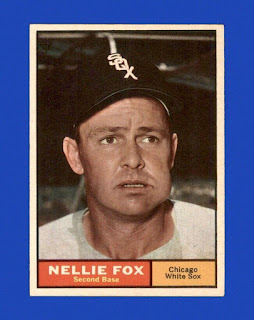 The all-tme leader is Eddie Collins with 512 far ahead of second place Jake Daubert with 392. Gehrig by the way finished with 106, six times laying down at least 10 bunts. Ironically, Fox played his final seasons in Houston, alongside Jackson. Maybe it rubbed off or maybe Fox gave the young Jackson some well defined tips.