TRIVIA WINNER: Congrats to  Tim Fealy of Punta Gorda, FL, who correctly stated the 1961 NY Yankees were the only team to win the World Series in the decade and to lead the league in wins. They had 109. The Prize: Starbucks Gift Card.

IN HONOR OF VETERANS DAY WE EXPLORE BASEBALL & VIET NAM IN THIS ISSUE.

As we honor military veterans it is pretty amazing when you realize of the 58,000 Americans who lost their lives in Viet Nam, none were major league players, and only one was wounded.

In previous decades many star players lost years of their careers to military service, in war and peace times. Ted Williams, is most prominently mentioned in this group along with Christy Mathewson in World War One. However, Viet Nam posed some different scenarios. Going into the military wasn't the "hero" thing it was in either of the World Wars or the Korean conflict. Many young players who could have signed contracts and played in the minors chose to avoid the draft and flee the country. Others chose to go to war, while still others took a different route; the National Guard. 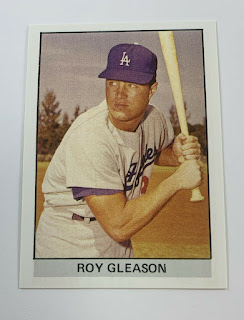 (The only MLB player wounded in Viet Nam.)

A player could choose to join his local Guard and do service monthly, or on weekends stateside. Among those who chose this route were budding stars Gene Alley of the Pirates, Tony Conigliaro, Jim Lonborg and Dalton Jones of the Red Sox. Glenn Beckert, Don Kessinger, Paul Popovich of the Cubs were among the many who spent stints in the Guard during the season. The Red Sox won the pennant in 1967 despite losing players for extended games. We would listen to games on the radio and hear Bob Prince say "and Gene Alley won't be at shortstop today as he's doing a stretch of duty with the Guard." 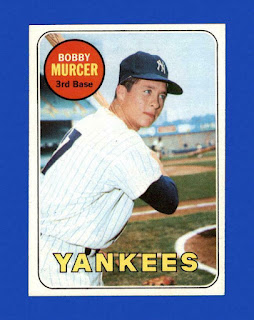 (Bobby Murcer was drafted during the Viet Nam war.)

The Congressional report released in April 1967 showed that 145 pro baseball players were serving in the National Guard or Reserve to successfully avoid the draft. The Draft didn't miss all players. The Yankees Bobby Murcer was drafted which changed his career drastically. An up and coming shortstop, when he returned to play full-time he was switched to centerfield. Even Nolan Ryan was a Reservist.

Some players only made the majors because of the Guard. Players who got their break during the Viet Nam war and were rushed to the big leagues included Ken Poulsen, Norm Gigon and Len Boehmer. Pitcher Darold Knowles was activated and served his time in a support role in Japan. 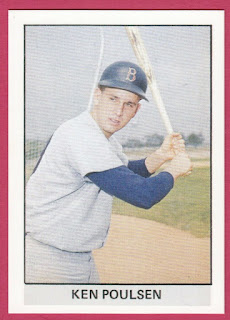 (Arrived in MLB due to Viet Nam war.)

During the summer of 1968 there were several casualties in Vietnam among minor-league players. Dell Chambers and Chuck Chase were both killed in action. Among those wounded, Roy Gleason was the only former ballplayer who had once appeared in a major-league game. The Dodger player appeared in eight games in 1963.

There were several others who had their careers interrupted by going to war, not doing guard service or moving to Canada. Jim Bibby, Al Bumbry, Ed Figueroa, Chuck Goggin, Bob Jones, Garry Maddox and Carlos May. Bibby made his MLB debut in 1972 and won 111 games, Maddox also arrived in 1972 went on to hit more than 100 homers and had a career BA of .285. After his 1972 debut Bumbry would go onto 14 years in the Bigs with a .281 lifetime average, arriving in 1974 Figureroa would win 20 games in 1978, May came back in 1968 and spent 10 solid years in the majors with a .274 BA and 90 homers.