TRIVIA WINNER: Congrats to Jim Corrales of New York, who correctly stated that seven of the 11 pitchers in the 1963 World Series pitched for west coast teams in their careers. The four Dodgers plus Al Downing, Steve Hamilton and Stan Williams (Downing and Williams for the Dodgers, Hamilton for San Francisco.) The Prize: Starbucks Gift Card.

It is time for the Fall Classic so we are looking back at 1960's Fall Baseball.

It may be hard to believe but until 1969 baseball pennants were decided by the two best records in the National and American Leagues. In 1969 baseball expanded and the first playoffs were established 52 years ago! It was October 4th, 1969 when the first divisional playoffs began. The Twins faced the Orioles in Baltimore and the Mets took on the Braves in Atlanta.

In the NL series it was Mets ace Tom Seaver against Braves ace knuckle-baller Phil Niekro. Two future Hall of Fame pitchers squared off and nearly went the distance but neither was really effective. Seaver gave up five earned runs in seven innings, Niekro gave up nine but only four earned in eight innings.

The first run of the game was scored in the second when the Mets Art Shamsky singled, Ken Boswell drew a walk and Jerry Grote singled home Shamsky. Boswell scored on a passed ball and the Mets led 2-0. The Braves played it close for a while but despite solo homers by Hank Aaron and Tony Gonzalez, the Mets won it 9-5. 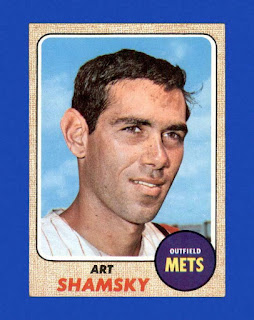 The big inning came in the eighth with the scored tied at four. The Mets scored five runs, four earned (an Orlando Cepeda error) to put the game away as only the Mets could do. New York went on to sweep the three game series and face the Orioles in the World Series.

The AL series was all about the power of the O's. Jim Perry opened against Mike Cuellar and Perry was brilliant except for one pitch; the gopher ball; three of them. He gave up solo homers to Frank Robinson, Boog Powell and of all people light hitting, Mark Belanger. For their part the Twins were playing pretty much the same game. Tony Oliva's homer provided two of the Minnesota runs. The other came when Oliva doubled, took third on an error and scored an unearned run on a sacrifice fly by Bobby Allison. 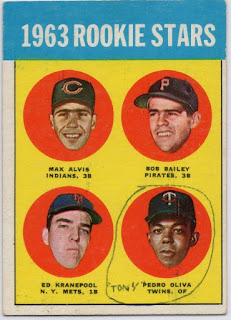 With the Twins leading 3-2 in the ninth Powell led off the bottom of the inning with a dinger to tie it, 3-3. The game almost ended in regulation. Brooks Robinson singled and went to second on an error. Another error put runners at first and second. A ground ball later put Robinson on third with two out. Believe it or not he was out trying to steal home. 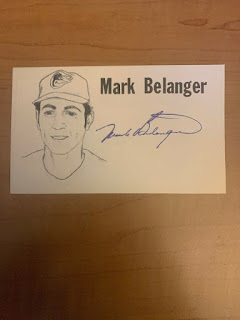 The Twins loaded the bases in the 12th but veteran Dick Hall struck out Leo Cardenas and got Johnny Roseboro to fly out. The bottom of the 12th saw Belanger single off Ron Perranoski. Andy Etchebarren bunted him to second and one out later Paul Blair laid down a bunt, beat it out for a single and Belanger came around to score the winning run, 4-3.

The Orioles would go on to face the Mets in the Series only to lose to the Amazin's in the first National League World Championship for New York in more than a decade.