Ron Hanson's Triple Play & Then Some

ANSWER to the Trivia question in the previous column: Howie Reed gave up the homer to Mudcat Grant in the 1965 World Series.

It was a strange week for Washington Senators shortstop and former Rookie of the Year Ron Hansen which really began on July 30, 1968. All 5937 fans in attendance in Cleveland for the night game got a rare treat and it happened right away. In what turned out to be a 10-1 blowout by the Indians, they could have left at the end of the first inning and never have forgotten that night.

(Ron Hansen discussed the triple play about 1:27 into the video.)

In the bottom of the first inning Bruce Howard gave up a single to Dave Nelson and a walk to Russ Snyder. Joe Azcue stepped to the plate and promptly smacked a line drive headed for a base hit to center field. But WAIT! The slick fielding Hansen snared the line drive for the first out, his momentum carrying him to touch second base vacated by Nelson for the second out and then with "blinding speed" (Hansen's words jokingly) he chased down Snyder and tagged him out. 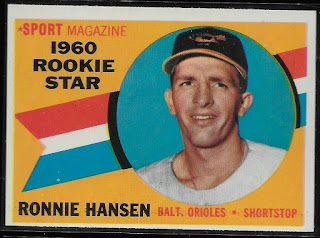 It was the first unassisted Triple Play in the majors in more than 40 years and put Hansen into the record books.  It would have been nice if the Sens had won the game but they didn't, dropping a 10-1 decision. Hansen would have liked to have contributed in other ways but he didn't. The shortstop struck out four times on the day (three of them coming off the hand of Sam McDowell) and he committed his 17th error on the season. 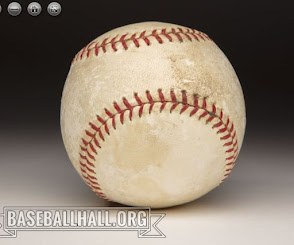 (The actual baseball used in the Triple Play sits in the Hall of Fame.)

Hitting .185 at the time, he was one of three Senators with a BA under .200 in the game. It wasn't over for Hansen by any means. Just three days later Washington traded Hansen to the White Sox for utility infielder Tim Cullen. The odd ball thing about that is less than six months earlier Hansen was traded by the Chicago White Sox with Dennis Higgins and Steve Jones to the  Senators for Tim Cullen, Buster Narum and Bob Priddy.

Hansen would finish his career with a fairly respectable .234 lifetime average and 106 home runs. He would forever be in the record books though for one defensive play in 1968. Interestingly enough, Azcue, a power hitting catcher would finish his 11 year career with just 50 homers and a .252 BA. Cullen, Azcue and Hansen would all end their careers with the 1972 season.