TRIVIA WINNER: Congrats to Thomas Streib of Vero Beach, FL who correctly named Harmon Killebrew and Jim Wynn as the two players to lead their leagues in 1969 in drawing a Base on Balls. The Prize: Starbucks Gift Card.

ANSWER to the Trivia question in the previous column:  Harmon Killebrew and Jim Wynn were the leaders in getting walked in their leagues. Wynn in the NL 148, Killebrew in the AL 145.

In the previous column we explored those hitters who were the free swingers in 1969; the guys who played regularly but rarely drew a walk. This week, I thought I would flip the coin and look at the players who drew the most walks in 1969. Interestingly enough, last week we learned the NL had a big edge with those free swingers. It should not be much of a surprise to tell you the AL had the huge edge on the guys who took the most Walks.

While there were 15 players in the Big Leagues who drew at least 90 walks, 10 of them were American Leaguers. Of the nine who had at least 100 Base on Balls, five were in the AL to four in the NL. The guy with the most however in either league was a smallish guy in stature standing only 5'10" and weighing just 160 pounds. By today's standards Jim Wynn was undersized. Albeit, he led the Majors in 1969 with 148 BB's and again with 127 in 1976. All told, The Toy Cannon drew more than 100 Walks in four different seasons.

Second in 1969 was Harmon Killebrew with 145. Walking Killebrew was understandable. With 100 or more walks in seven different seasons he basically spent the equivalent of three full major league seasons with a bat on his shoulder, striding to first base. For grins, if you added in his strikeouts (nearly 1700) it means he failed to make contact at the plate for more than six of his 22 years in the majors! The season after he almost ended his career due to an injury in the 1968 All-Star game, Killer came back with a vengeance with his best season ever; 49 HR 140 RBI .276 BA. 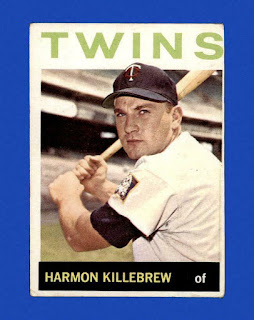 Willie McCovey, Joe Morgan and Rusty Staub round out the NL walkers, while the AL BB leaders featured Reggie Jackson, Sal Bando, Frank Howard and Carl Yastrzemski.  Pitchers couldn't figure out what to do against the Oakland A's, walking Jackson and Bando more than 200 times combined. Frank Howard, like Killebrew and McCovey were easy choices to pitch around but Morgan, Yaz and especially Staub were hitters known to have a good eye and a great knowledge of the strike zone.

The five AL players bubbling under 100 BB are sort of an enigma. Today you might question issuing 90-plus walks per season to Ken Harrelson, Jim Fregosi, Don Buford,  Tommy Harper and Rico Petrocelli. Not so much for the lone NL slugger to approach 100 while landing in the 90's. Ron Santo was sandwiched between two great Chicago Cubs; Billy Williams and Ernie Banks.