TRIVIA QUESTION: Which two brothers played for expansion teams over a two year span,  during the 1960s?

ANSWER TO TRIVIA QUESTION IN THE PREVIOUS COLUMN:  There were two teams in the 1960s which had three World Series appearances. They were the Dodgers and the Orioles. The New York Yankees led all Series teams with five.

Today when it comes to the wholesale movement of players we talk about "free agency." In the 1960s the wholesale movement of players only happened during "expansion." There was no Free Agency as players were tied to their clubs via the Reserve Clause. Expansion happened twice during the 1960s and it wasn't the best players who switched teams as today, but it was the has been and the young players the established clubs had given up on. 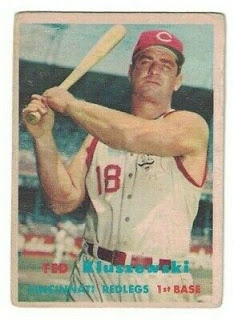 While some of those players would go on to have a few good years, three players arguably, stand out. Two were at the beginning of a career, the other the tail end but who saw his career extended beyond belief. 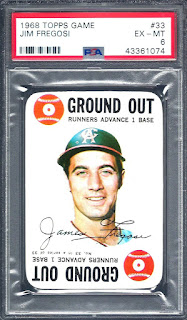 Jim Fregosi, selected in the 1961 draft by the Los Angeles Angels was a 19 year old shortstop with promise. Few figured he'd play for 18 big league seasons, make several all star teams, and become a Gold Glove winner in leading the Angels to their best play in the 1960s. His lifetime .265 BA and 151 home runs were not as important as his leadership as a young player on a team of veterans. They should have figured he would become a good manager and he did, winning two pennants. 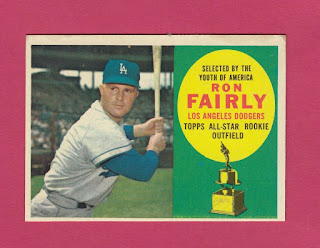 Ron Fairly was the Dodgers clean-up hitter for much of the mid-1960s. He was a steady defensive player who did enough damage with his bat during the Koufax/Drysdale era and was one of the most feared hitters on a weak hitting team. For Fairly, who came up in 1958, also as a 19 year old kid, few would have suspected him of sticking around for 21 seasons, having his best years with the expansion Montreal Expos.

Fairly was an instant hit, along with Rusty Staub in Canada. In his initial season in 1969, Fairly only played in 70 games with barely 250 at bats. But he found the stroke to hit 12 homers and drive in 39 while batting .289. For six consecutive seasons he homered in double figures while driving in an average of 64 runs a season. He finished with 215 homers, a .265 BA and over 1000 RBI. Fairly passed away recently during the Washington Nationals (formerly the Expos) World Series run. 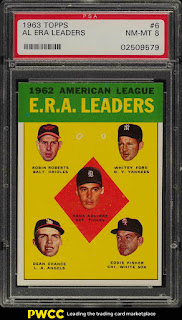 The third member of the trio was pitcher Dean Chance, a 20 year old when the Angels traded for him after he was selected by Washington in the expansion draft. In 1962, his second season in the big leagues, Chance showed he was there to stay. A 14-10 record with a 2.96 ERA in 206 innings, he helped the Angels to a third place finish in only the club's second season.

Others who had true post expansion careers were Staub (who played for three of the expansion teams), Bailey (113 homers over six straight seasons), Dave Giusti (recorded 145 Saves) and Mike Marshall (led his league in Saves three times and had 188 career Saves).

Expansion gave a lot of players who would not have gone on to play any longer, the chance to extend their careers by a year or two, or in some cases even more. When you look over the rosters of those expansion teams, it is fun to imagine what having some of those players in their prime on the same team, would have been like.