TRIVIA QUESTION: While the 1969 Orioles and the 1961 Yankees went into the World Series with seasonal records of 109 wins, which "favored" team went into a Series in the 1960s with the least number of wins?

ANSWER TO TRIVIA QUESTION IN THE PREVIOUS COLUMN:  The Seattle Pilots only played the one season in the big leagues and only three players hit home runs in double figures. Don Mincher, a renown power hitter belted 25, Wayne Comer banged 15 and Greg Goosen smacked 10. Of the 125 the club hit 40 % were hit by these three.

In the decade of the 1960s, six of the ten years the underdog (based on wins and losses during the regular season) actually overcame the odds and became World Champions. With the current series between the Washington Nationals (93 wins) and the Houston Astros (107 wins) we chose to explore those who overcame the odds to win baseball's ultimate prize.

In 1960 no one expected the Pittsburgh Pirates to beat the super powerful Yankees. Statistically it should not have been. The Bucs hadn't won a World Series in 35 years (1925 over the then Washington Senators). The last time Pittsburgh played in a World Series was 1927 when they were swept in four games by the Babe Ruth/Lou Gehrig led Yanks. That New York team is still considered the "greatest team of all time."
(In this video despite the announcer saying "Art Ditmar throws" it was Ralph Terry)

New York outscored Pittsburgh, out homered Pittsburgh (10-4) and in the three wins they beat the Pirates 16-3, 10-0 and 12-0. They even had the World Series MVP in second baseman Bobby Richardson (the only team to lose the Series and have the MVP). But the Battlin' Bucs would not go away and with a fluke play or two in the final game, the stage was set for the Greatest Walk Off Home Run ever. In the bottom of the ninth with the score tied 9-9, the other second baseman (who already hit one homer in the series and hit two of the four homers the Pirates had in the Series) belted the second pitch he saw over the left field score board for the game winner 10-9 and the Bucs Seven Game victory. 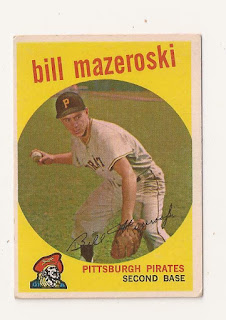 In 1962 it was the Yankees turn to come from underdog status. The San Francisco Giants won 103 games to the Yanks 96. Again the Series went seven games and it was MVP Ralph Terry who was the hero. He'd split two decisions going into Game 7 and hurled a 4-hit 1-0 shutout of the powerful Giants. The lone run scored when in the fifth Tony Kubek came to the plate with the bases loaded and no outs. He rolled into a double play and the run scored without an RBI. 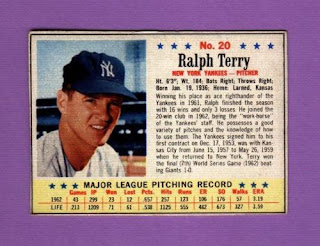 The Yankees were victims again in both 1963 & 1964. In '63 they faced the Dodgers behind the marvelous pitching of Sandy Koufax, who allowed only three runs in winning games one and four while going the distance in both. Don Drysdale pitched a shutout for another win and Johnny Podres went eight and a third in the other. New York scored four runs on 22 hits and the only homers came from Mickey Mantle and Tom Tresh. The team BA was .171. The Dodgers weren't much better at .214 and three home runs. 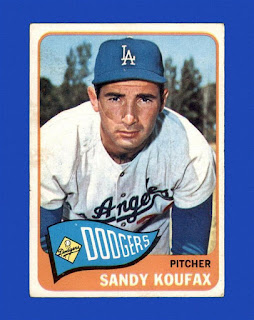 In 1964 it was the St. Louis Cardinals turn to turn the tide on New York. This series went seven games and Bob Gibson (2-1) getting the MVP. He clinched Game 7 with a 7-5 win, while New York's Jim Bouton won two for New York. The Series perhaps turned on Game 5 with the teams each winning two. Gibson was masterful in going the distance in the 10-inning duel, giving up only two unearned runs on six hits while striking out 13. Mantle hit three homers in his final World Series. 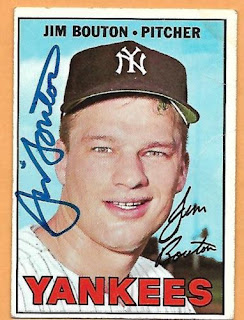 The 1965 World Series was a first for the Minnesota Twins who rode power and pitching and the MVP status of shortstop Zoilo Versalles to 102 wins versus the Dodgers 97 wins. It was an amazing series with the home team winning each of the first six games. In game seven in Minnesota it was Ace and Series MVP Sandy Koufax against 18 game winner Jim Kaat. 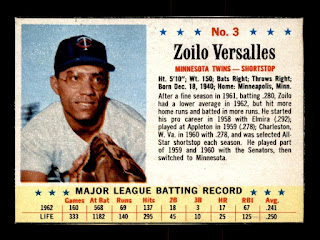 The lone runs in the 2-0 win for the Dodgers came in the fourth when Sweet Lou Johnson led off with his second homer of the series. He hit only 12 all year. After Ron Fairly doubled, Wes Parker singled him home and the rest was up to Koufax. He pitched a 3-hit shutout, walked no one and struck out 10. The Twins hit six homers but batted only .195 against Dodger pitching.

The final underdog team in the 1960s to win the World Series were, like the Pirates to open the decade, REAL underdogs to close the decade. The New York Mets with 100 wins were no match on paper for the 109 win Baltimore Orioles. The Mets took pitching, defense, timely hitting by utility players and some good old fashioned determination and enthusiasm as well as "destiny" to win the Series in five games. 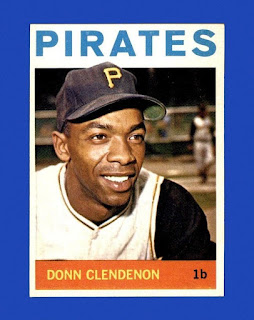 Baltimore won the first and the Mets swept the final four with MVP Donn Clendenon's two run homer (his third of the series) setting the stage as the Mets won 5-3.