TRIVIA QUESTION: Only three Seattle Pilots hit homers in double figures. Who were they?

ANSWER TO TRIVIA QUESTION IN THE PREVIOUS COLUMN:  The 1969 Mets were full of home grown players including a powerful and future star pitching staff of Tom Seaver, Jerry Koosman and Nolan Ryan. Only one pitcher hit a home run for the Mets in 1969's regular season and that was former Cardinal, Phillie and Pirate, Don Cardwell who retired after the 1970 season. Cardwell was no stranger at the plate. In his 14 seasons he hit 15 home runs including five during the 1960 season.

It wasn't bad enough the Pilots spent only one horrendous year in Seattle before moving to Milwaukee to become the Brewers, but on July 27, 1969 they endured one of the most unlikely finishes a team could handle. Twenty innings of baseball, probably the best baseball this team ever played, only to lose after almost six hours in front of less than 10-thousand fans. Sick Stadium was a ghost town long before it ended.
(This video is a condensed version of the game.)

When Ray Culp took the mound for the Red Sox against Marty Pattin that summer day on the northwest grass field, few figured it would be a marathon. The Pilots had just beaten the Sox the night before 8-5 with Jim Bouton getting his second win and Bobby Locker his 9th save. The day game following was a getaway game for Boston. 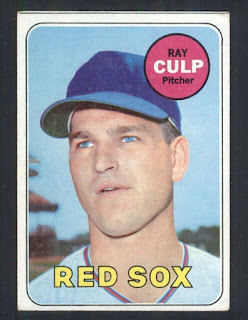 The game was scoreless until the seventh with Pattin matching Culp pitch for pitch. Reggie Smith's 21st homer of the season to right field off Pattin made it 1-0. It didn't take the Pilot's long to tie it up. In the eighth Tommy Harper doubled and scored on a single by Steve Hovley. For Harper this was one of his better games.

The Pilots lead off man would add a single in the 12th for his second hit. But let's not get ahead of ourselves here. Culp would toss 10 strong innings, giving up only 6 hits and two walks along with the lone run. Relieved in the 11th, a string of pitchers followed. Seven more Red Sox pitchers would hold the Pilots scoreless until Jim Lonborg broke the string in the 19th. 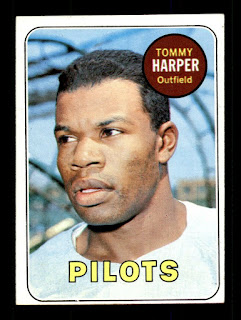 For the Pilots, Pattin went eight innings giving up only four hits and walking one before giving way to six other Seattle pitchers including Bouton and Locker, who both pitched just hours earlier. Steve Barber gave up a double to Carl Yastrzemski with a man on to put the Red Sox ahead 2-1. In the bottom of the inning however, it was Lonborg's turn to give in. Jim Pagliaroni singled to drive in Hovley to tie it at two runs each.

Locker was called on to pitch the 20th and maybe he was overworked after pitching the night before. He opened the 20th inning by committing the cardinal sin. He gave up a single to the opposing pitcher, Lonborg. A failed bunt put Rico Petrocelli on first and Joe Lahoud came to bat. Lahoud blasted a homer giving the Red Sox a 4-2 lead.

It wasn't over yet, by a long stretch. After George Scott singled Garry Roggenburk was called in to relieve Locker. Just 30 days earlier the Pilots had purchased Roggenburk from the Red Sox and here he was in an epic battle with his ex-team. He promptly uncorked a wild pitch. One out later Russ Gibson singled home Scott and it was a 5-2 game. 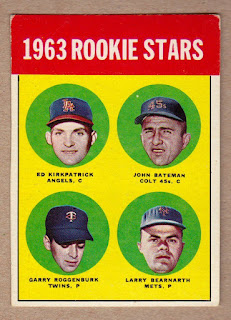 When Seattle came to bat in the bottom of the 20th there were not more than a handful of fans left but they were treated to a mini-show. Lonborg struck out Gordy Lund and pitcher Gene Brabender pinch hit for Roggenburk. He struck out too. Harper came up and blasted his 6th homer of the year pulling the Pilots to within two runs. When John Donaldson walked it looked like this game might be headed for more innings. Up came Hovley again and this time Lonborg got him to ground out to third, preserving the Red Sox 20-inning 5-3 win.

Locker took the loss. Harper had three hits in nine at bats. Of the eight runs, half were scored on homers.

Harper was much more successful albeit with several teams equally over 15 seasons. His good seasons included the Reds, the Red Sox and the Pilots/Brewers. The speedy Harper led the AL in steals with 73 in 1969 and Runs Scored with the Reds in 1965 with 126. He later would be atop the stolen base leaders with the Sox. His lifetime BA was .257 and he retired with 408 stolen bases. Culp spent 11 years as a big league pitcher with two 17-win seasons (1969-1970) and retired with a record of 122-101, adding 22 shutouts.