Wild Night at the Stick 50 Years Ago

TRIVIA QUESTION:  Dodger-Giants series usually feature players who ended up playing for both teams in their career. In the game below there were four position players who achieved that status; Len Gabrielson, Tom Haller and Ron Hunt were three of them. Who was the fourth?

ANSWER TO TRIVIA QUESTION IN THE PREVIOUS COLUMN:  The player the 1960 Reds would replace at second base while trying out Eddie Kasko with Cliff Cook at third, was none other than controversial Yankee skipper, Billy Martin. From 1957-1961 when he retired as a player, Martin ended up playing for seven different teams. Almost as many times as he was hired and fired by the Yankees as manager. A total of 26 players were involved in those transactions.

A funny thing happened this week 50 years ago in major league baseball, specifically on July 17th. The Dodgers and Giants did battle; nothing new. They went crazy at Candlestick; not unusual. They scored 27 runs between them? Wow! Even more impressive, Maury Wills and Ron Hunt had 9 RBI between them for opposing teams.
When the dust settled before less than 14,000 fans that Thursday afternoon, both teams would have 52 wins on the year, with the Dodgers a full game ahead in the loss column. The game started simply enough with Joe Moeller facing Ron Herbal. Neither would make it out of the fourth inning. Moeller gave up nine, while Herbal offered up four and his replacement, Ray Sadecki chipped in with another six. 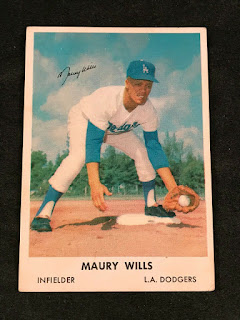 Everyone should have figured this was going to be an unusual day when Wills led off the game with a home run. He would triple in the second inning with men on and the Dodgers led 4-2.  In the bottom of the second a pair of singles and two doubles (one by Hunt with men on) gave the Giants a 5-4 lead.

In the fourth the roof caved in on Moeller. With two out he gave up a single to the pitcher; Sadecki. Teddy Sizemore booted a Dave Marshall ground ball and Hunt doubled in another run followed by Bobby Bonds smash over the wall. It was his 19th. Number 20 would come two innings later. No matter what Moeller was leaving losing 9-4.  Al McBean came on to end Moeller's day. 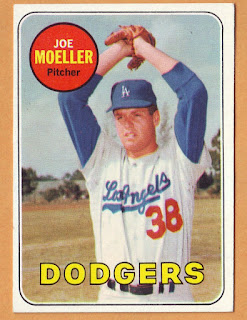 This was far from over. Things settled down until the sixth when the Dodgers scored on a Ken Boyer double to make it 9-6. In the bottom of the inning Bonds popped his 20th off John Purdin and the Giants surged 11-6.

The seventh saw the Boys in Blue come roaring back. Eight consecutive men reached base with a pair of Don Mason errors (2b, one fielding, one throwing) and a wild pitch mixed in, with a Wes Parker home run and the local fans were left stunned. It started 11-6 Giants and when the inning came to a close it was 13-11 Dodgers! Also included in the inning was Wills second triple, again with men on base.

Jim Brewer was now on to relieve for Los Angeles and Ron Bryant took over for San Francisco. The Dodgers were ahead and Brewer was looking for a Save, for now. Then with two out and two on in the bottom of the seventh, Bob Burda, who had come in for Willie McCovey blasted a deep drive to right for three runs and a 14-13 Giant lead. 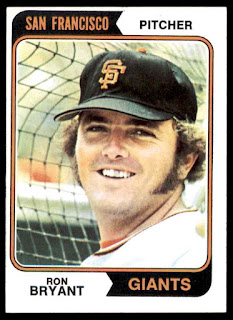 And that was that. Aside from a lone single and a hit batter in the eighth, Bryant dominated in shutting down the Dodgers over the last two innings. He struck out both Bill Russell and Tom Haller looking.

Only 10 of the 27 runs were scored off the five homers in the game. Wills had 4 RBI, Hunt 5 and Bonds had 5. Brewer took the loss and Bryant got the win. The two clubs likely used up all their hits that day, because the following night in just 2:35 minutes the Dodgers beat the Giants 3-2 behind Bill Singer.