The First Year The Mets Did Not Lose 100

TRIVIA QUESTION:   While Nolan Ryan's first strikeout was pitcher Pat Jarvis, who hit the first home run off the fast ball wielding Ryan? Hint: He is in the Hall of Fame and is known for being more than just a player.

ANSWER TO TRIVIA QUESTION IN THE PREVIOUS COLUMN: The year before future HOFer Lou Brock came to the St. Louis Cardinals, Stan Musial retired. The other future Redbird player to go to the Hall who also retired that season was future manager, Red Schoendienst.

It was the first time a manager other than Casey Stengel took over the club for a full season. Wes Westrum actually replaced Stengel in 1965 after 95 games and 31 wins. Westrum's record was to lose three times more than he won, finishing 1965 with a 19-48 record and the club lost 112. But in 1966 things finally started to improve for New York's NL team.

It was only a one season bailout, so don't get me wrong, this was not the full Monty so to speak of turn arounds. It was a brief foray into NOT losing 100 games, but instead losing just 95. The team scored 587 and gave up 761. They finished last in nearly every important hitting category and next to last in others. 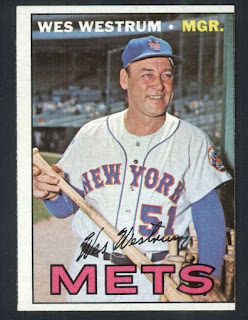 Of the 10 teams in the NL, the Mets finished 10th in hits, doubles, home runs, batting average, slugging average, OPS, at bats and total bases. They were ninth when it came to On-Base percentage, stolen bases and runs scored. They were third (their highest offensive marks) in caught stealing and Hit By Pitch.

On the pitching side, the club finished last in innings pitched, walks, strikeouts and Saves, but not in losses. Only the Chicago Cubs (103 losses) finished lower than the New Yorkers. Mets' pitchers did finish ninth in Wins, ERA, Shutouts, Hits allowed, Runs allowed, Earned Runs allowed and Home Runs allowed. 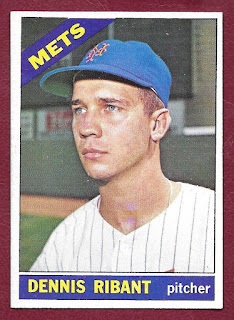 However, for the first time in Mets's history they did not have a pitcher lose 20 games. Jack Fisher lost 14 and Jack Hamilton dropped 13. Two Mets starters actually had winning records. Dennis Ribant was 11-9, Bob Shaw 11-10.

In their history to this date the Mets had these 20 game losers;

Ron Hunt led the hitters at .288, while Ed Kranepool whacked 16 homers to lead the team and tied with Cleon Jones with 57 RBI. And a 19 year old kid named Nolan Ryan pitched a total of three innings, striking out six and walking only one. His first K was Pat Jarvis, the pitcher. 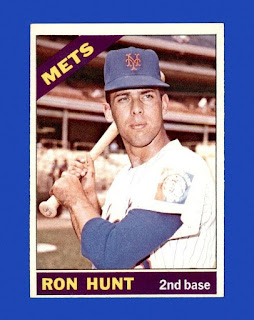 Never fear the Mets were back to their old ways in 1967, finishing 59-103 with Salty Parker taking over for Westrum for the final 11 games, before ushering in the Gil Hodges era.