In Support of Steve Blass

TRIVIA QUESTION:   Who is the major league player the 1969 Pirate's utility man Carl Taylor is related to?

ANSWER TO TRIVIA QUESTION IN THE PREVIOUS COLUMN: The future Yankee manager who was traded to Kansas City with Ralph Terry was Billy Martin.

Most pitchers will moan about the "lack of run support" they get from the bats of their teammates, but in 1969 the Pirates Steve Blass had no such complaint. Blass, who would win 16 of 26 decisions for a Pittsburgh team which was expected to do better, saw his team post at least 10 runs for him a lot.
The Pirates, under Larry Shepard, would finish with 88 wins but end up in third place in the tough National League Eastern Division. They acquired aging Jim Bunning to bolster a starting staff which included Blass, Bob Veale and Bob Moose. Pirate bats were still strong with five regulars batting better than .300, led by Roberto Clemente at .345. Matty Alou hit .331 while Manny Sanguillen, rookie Richie Hebner and Willie Stargell all bested .300. Stargell added 29 homers as well. 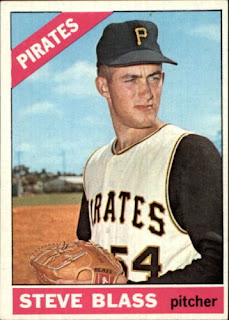 Off the bench Carl Taylor hit .348 and was supported by veterans Gene Alley and Jose Pagan, along with youngsters in waiting Bob Robertson and Dave Cash. Freddie Patek was the shortstop, Bill Mazeroski at second and rookie Al Oliver would hit 17 homers while batting a respectable .285.

For a change however, it was the Pirates starting pitchers which played a big positive role and Blass took the lead. The current Pirates announcer would be the first to admit the bats were working in his favor.

While Blass opened the season against Cardinal's ace Bob Gibson, with a no-decision in a 14-inning game, he was masterful. He allowed only two runs in seven innings, matching Gibson pitch for pitch. It wasn't often the Bucs scored a lowly two runs for their big guy. 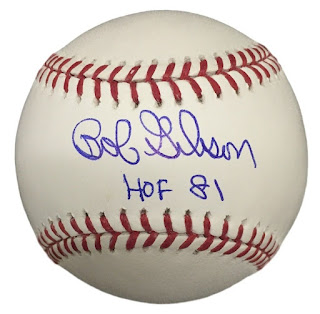 In his next three wins the Pirates scored 8, 8 and 7 runs. In his losses and no decisions they weren't that productive but on June 1, the Bucco bats exploded for 14 runs to back Blass to make his record 4-2 without the aid of a home run. Five games later against the Braves the Pirates scored 10 runs behind Blass who went the distance for a six-hitter. Four days after that he started at Houston and the Pirates scored 13 runs. Included was a Clemente grand slam and while Blass was not very effective he still picked up the win to run his record to 6-2.

On August 5th, Blass started against Los Angeles at Chavez Ravine and Buc bats awoke again, scoring 11 runs with the aid of homers by Stargell, Sanguillen and Maz, as Blass bested Don Drysdale to run his record to 11-7. It would be the last double digit scoring behind Blass for the season. Five more times during the season the Pirates would score at least 10 runs with Moose (14-3) benefiting twice. 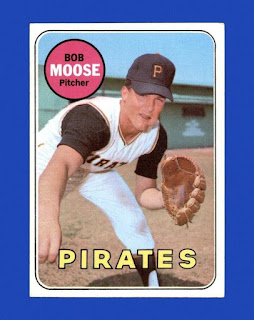 When the dust cleared the Pirates led the league in runs, hits, triple and batting average. The team BA was .277 with non-pitchers hitting an amazing .290! While Pirate pitching ended up in the middle to later portion of the 12 team NL pack, they did lead the league in allowing the least home runs (they still played in spacious Forbes Field) and were second in strikeouts. Five Pirate pitchers finished with at least 10 wins.