TRIVIA QUESTION:  Ralph Terry was originally signed by the Yankees but was traded to Kansas City before being sent back to the Yankees. Who was the future Yankee manager involved in one of those trades?

ANSWER TO TRIVIA QUESTION IN THE PREVIOUS COLUMN: The 1963 World Series featured two opposing players who also played against each other in another professional sport; the NBA. Gene Conley was a pitcher with the Boston Braves but he also played a couple seasons for the Boston Celtics. Steve Hamilton, pitching for the Yankees, was a member of the Minneapolis Lakers from 1958-1960. The two teams faced each other in the NBA Finals in 1958-59 season in which the Celtics won in four games.

In the 1960's if you asked most people who was the ace of the Yankee's staff and a stalwart in a World Series, most people would probably say Whitey Ford. In 1962 it was another long time major leaguer; Ralph Terry. 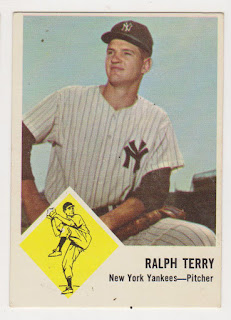 It was in the World Series where he really stood out. That cool October day when Game One against the Giants began in San Francisco's Candlestick Park, it was Ford who got the call. He did not disappoint and neither did his Bronx Bomber teammates, responding with six runs as they defeated Billy O'Dell and the Giants 6-2. The six runs would be the second most scored by a winning team in the series which was supposed to be a slug-fest. In Game One Clete Boyer homered and Roger Maris drove in a pair, which was pretty much all the Yanks needed.

Terry got the start in Game Two but Yankee bats went silent, managing only three hits off Jack Sanford. A Willie McCovey homer was all the Giants needed as Terry gave up only six hits but two runs. San Francisco tied the series a 1-1. 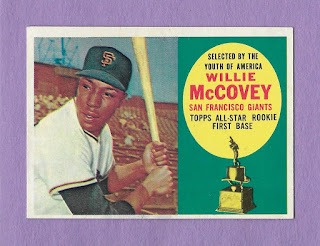 New York came back in game three to back the four hit pitching of Bill Stafford 3-2 and take a one game lead in the best of seven series.  Ford got the call in Game Four and lasted six good innings before giving way to the relief corps. The Yankee staff gave up a total of seven runs in losing 7-3, to bring the series even again at 2-2.

Terry took the mound for his second start in Game Five and was neck and neck with Sanford until the eighth. Tom Tresh, batting third, got his second extra base hit of the night; a three run blast to put the Yanks ahead for good. Despite striking out 10, Sanford was on the losing end and Terry went the distance with an eight hitter.

New York hoped to close it out in Game Six but Ford was not up to it and the Giants were not going away. Whitey gave up five runs on nine hits in 4.2 innings and was gone along with the Yankee fans desire to avoid a Game Seven. San Francisco stayed alive with a 5-2 win. 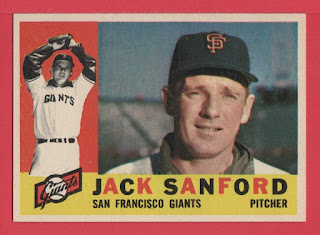 Pitching on five days rest (he went the distance on October 10th), Terry faced the Giants in Game Seven on October 16th. Over 43,000 people filled Candlestick to see Terry take on  Sanford again. It was a Tuesday afternoon in October and as anyone knows October near the Bay can be treacherous. The temperature was in the 60's with a 20 mile per hour wind - the wind tunnel so to speak in those days.

The game was scoreless until the fifth when Moose Skowron led off the inning with a single. Boyer followed with a single sending Skowron to third with nobody out. Sanford then did the unthinkable; he walked the opposing pitcher to load the bases. Lead off man Tony Kubek hit a sharp ground ball to shortstop Jose Pagan who quickly turned the double play allowing Skowron to score, making it 1-0. 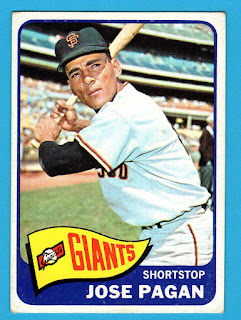 It was a good move by the defense figuring one run would not make the difference. Unfortunately for the Giants it did. Terry was masterful until the ninth. The ninth inning involved one of the most memorable plays in World Series history.

Matty Alou led the Giants off with a bunt single. Brother Felipe and Chuck Hiller struck out. With San Francisco down to it's final out, Willie Mays banged a double off Terry, sending Matty to third and bringing up the dangerous McCovey. McCovey had tripled earlier in the game and today never would have gotten to swing the bat. Orlando Cepeda, just as dangerous but batting a lowly .158 in the series, was on deck. 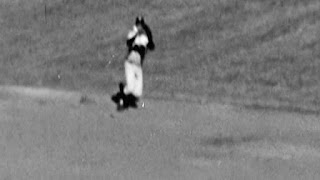 With the game on the line McCovey smashed a wicked line drive which second baseman Bobby Richardson grabbed for the final out. The game and the Series was over and Terry had pitched two complete games, winning two including the final Game Seven.

Terry allowed just four hits, striking out four and did not walk a batter, going 2-1 in the Series with a 1.80 ERA. He gave up only five runs in 25 innings and walked just two batters in leading New York to a 4-3 Series victory.