TRIVIA QUESTION:  Bill Stoneman pitched for eight Major League seasons. How many seasons did he finish with a winning record?

ANSWER TO TRIVIA QUESTION IN THE PREVIOUS COLUMN: Steve Hamilton pitched in the World Series in both 1963 and 1964 for the Yankees. He also played in the NBA finals against the Boston Celtics when he was a Minneapolis Laker in 1959. The only other player to play in the World Series and the NBA Finals was also a pitcher; Gene Conley. He tossed for the Milwaukee Braves in 1957 and was with the Celtics from 1959-1961. He ironically played against Hamilton in the Finals in 1959.

When the Montreal Expo's opened their inaugural season with an 11-10 victory on April 8, 1969, few of the people who were excited over the win would realize only two months to the day later, how distant a memory that game was. It was the only day the Expos were in first place all season but then again no one expected miracles from an expansion team. What they did not  expect began on May 13th. 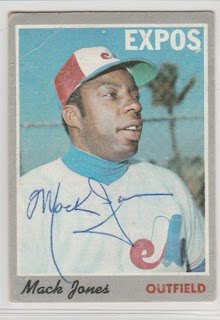 On May 10th, Mack Jones homered in support of Dan McGinn who relieved Bill Stoneman and the Expos edged Cincinnati 7-6. Longtime Pirate's reliever Roy Face picked up the Save at age 41 in his final year in the big leagues. In their next game, three days later, Montreal lost to Houston, 10-3 with McGinn taking the loss in relief.

The Expos continued to lose their next 19 straight games. During that span McGinn would lose three more and Face once. Ace Bill Stoneman would go 0-5 during the stretch, including No. 20 of the streak. The date was June 7, 1969.

June 8th was an unusually cool 68 degrees at game time at Dodgers Stadium in Los Angeles as the Expos and the Dodgers took the field for a Sunday afternoon game. A slight 10 mile per hour breeze was wafting through the ball park as a weaker than usual crowd poured into the stadium. The weather was so clear visibility was 20 miles and the view from the top deck was amazing. Only 15,628 people turned up to see the pathetic team from Montreal, which had lost 20 games in a row.

Announcer Vin Scully more than likely mentioned the fact Montreal was a Dodger AAA team in the 1940s and it was where Jackie Robinson made his home until the big club called him up in 1947 to break the MLB color barrier. He also no doubt mentioned the string of games the Expos had lost and the fact the Dodgers had beaten them two straight with Don Sutton and Claude Osteen getting the wins. It would be Bill Singer on this day facing Jerry Robertson. 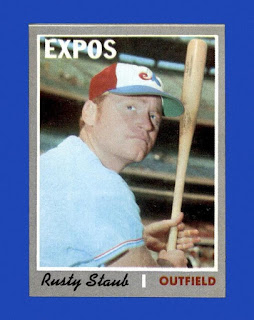 The game started off quiet enough until the fourth when former Dodger Maury Wills led off with a walk and Rusty Staub followed with a blast into the bleachers to give Montreal a 2-0 lead. Jones followed with a single and went to third on a base hit by Coco Laboy. Gary Sutherland squeezed him home with a bunt, scoring Jones to make the score 3-0.

The Dodgers scored a run in the fifth when, with runners on second and third, Billy Sudakis hit a ground ball which first baseman, Ty Cline muffed to allow the unearned run to score, 3-1. The next inning there was that man again. Mack Jones led off the sixth with a solo homer just as he had two months previous and the Expos led 4-1.

It stayed that way until the ninth. The Dodgers began to rally and despite the fact the crowd had thinned out considerably,  they were still in it. Andy Kosco led off with a single. After Tom Haller singled, Jerry Robertson had had enough. Manager Gene Mauch had seen enough. He called on his aging right-hander and Save king, 5'8" Elroy Face. 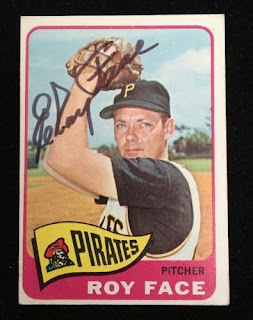 Face was far removed from his 18-1 year in 1959 and his long history of sub 3.00 ERA's with Pittsburgh. He'd been to Detroit since and was now playing out the string with Montreal. He still had something left in the tank, or so Mauch figured. He almost figured wrong.

Jimmy Lefevbre greeted Face with a ground ball which Cline fielded, stepped on first for the out as Kosco and Haller both moved up. Ron Fairly, who would later become an Expo, singled home Kosco to make it 4-2 Montreal. Haller stopped at third. There was still only one out. Sudakis drew a walk to lead the bases and then the unthinkable happened.

While facing another aging player, Ken Boyer, Face balked. The run came home making it 4-3 with runners at second and third. There was still only one out. Face worked Boyer and the former Cardinal MVP popped to Laboy at third. Willie Crawford stepped up. Crawford the power hitting, striking out bonus baby of the Dodgers had not had much of a career to this point. He had been in the majors for five years and was still only 22 years old. This season was his first as what you can consider a regular and he'd bat .247. Still he was dangerous and Face knew it.

He worked the count and hit a towering fly ball to right, which Staub hauled in for the final out. Face once again saved the day as he had so many times in his career, but more importantly the streak had come to an end. Montreal lost 20 games in a row. They would go on to win the next one. In fact, they would win 8 of their next 20, before finishing 48 games out of first place with a 52-110 record.