TRIVIA WINNER: Congrats to Randall Bounds of Springfield, IL, who correctly named Joey Amalfitano as the player who manned second base after the death of Ken Hubbs and before the regular arrival of Glenn Beckert. The Prize: Starbucks Gift Card.

There are lots of tidbits about baseball in the 1960s and baseball cards and the ones which seemed to always intrigue me were the ages of the players on the Topps cards. For instance, if you look at the card below of Steve Korcheck, how old would you guess he was there? 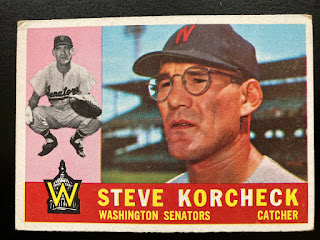 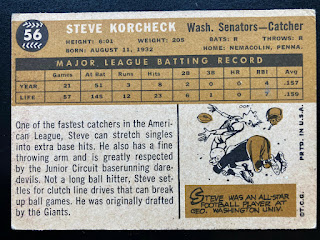 Guess again. Korcheck, who looks 45 was actually 28. Talk about hard living. It was a much different lifestyle back then. My Aunt Ellen lived in what were commonly called the projects in Pittsburgh, which is where she would baby sit for several Pirates' including Bob Skinner. After the 1960 World Series Skinner brought her back some souvenirs including a team signed baseball of the World Champion Pirates. I never knew what happened to that ball. 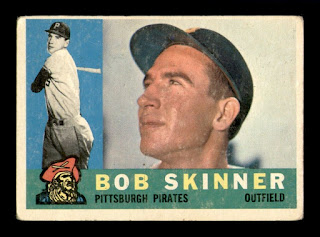 Years later in doing a column for Beckett Publications I interviewed several second generation players including Joel Skinner. I brought up the story and he told me as a kid, he and a friend wanted to play catch and found a trunk in the garage with some baseballs. They took one and played in the street, destroying the ball.

When Bob came home he discovered what they had done to his "team signed" 1960 Yankees autographed baseball. Joel said he was "livid." 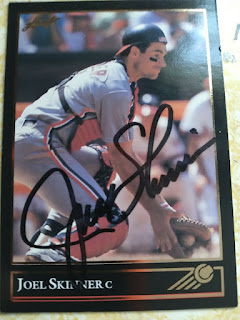 My late friend Billy Malone was a clubhouse guy for the mid-1960s Cleveland Indians. I asked him who was the "clubhouse signer," and he admitted it was him. He said it was part of his job to sign the names of those players who either wouldn't or just did not sign team autographed baseballs on any given day to be given as promotional items to sponsors and fans.

He relayed the story of how he got a call from GM Gabe Paul down to the clubhouse asking for two team signed baseballs for a sponsor who was up in his office. Billy said he had them but neither Sam McDowell (that days starting pitcher) and manager Birdie Tebbetts had signed.  The response was quick.

"Sign the (expletive deleted) balls, Billy and bring them to my office," Paul demanded.

The final instance I'll mention is the strange case of Maury Wills. He did not have a mainstream Topps card until 1967 despite being an MVP years earlier and big league regular since 1960. Someone at Topps evidently felt he wasn't such a big deal and didn't sign him. Wills never forgot that and refused to sign with Topps. Therefor, the first mainstream card to feature him by himself was 1963 Fleer.

However, he wasn't the only one who had been in the big leagues for years but debuted in the 1967 Topps series. Rich Klein, writing in Sports Collectors Daily in 2014 pointed to others who fell victim to Topps management at some level.

"But Wills was not the only player to make his card debut in 1967. In addition, to the normal rookie card crop there were several players who had been established in the majors but finally got Topps cards in 1967," Klein wrote. "To me, the most interesting part is all of these players mentioned who waited years to be on Topps cards came in the series that were issued later in the year.  These players are Dave Boswell, Doug Clemens, Arnold Early and Chris Short."

Klein went on to point out, many card collectors know however, Wills actually did appear on a Topps card in 1960 in the World Series Subset no.389 taking a throw on a White Sox stolen base attempt by Luis Aparicio. 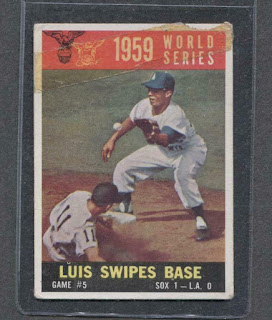 Just a few notes from the sunshine as pitchers and catchers report in just a few weeks.