Pirates and Braves Head to Head 1960

Sometimes in the big leagues you can beat up on everyone of the other teams but if you can't beat the team which turns out to be the "best" that particular season, the rest doesn't matter. Consider the case of the Milwaukee Braves and the Pittsburgh Pirates in 1960. All baseball fans know the Bucs won the championship in 1960. And while the Braves finished second, seven games back of Pittsburgh, it was the Pirates they just couldn't beat during the season.

The Braves had a winning record against all the other teams that season, except Pittsburgh and the Dodgers. They were 16-6 against the Phillies and 15-7 against the Cubs. Aside from the 10-12 record playing Los Angeles, the Braves could only muster 9 wins against the Pirates. The sad thing for Braves fans is their team won four of those games in the last seven games.

Pittsburgh would score more than 100 runs against every team except Los Angeles and scored 99 off of the Cardinals. The Braves did the same except instead of the Cardinals, the Braves failed to score 100 against the team from the Steel City. 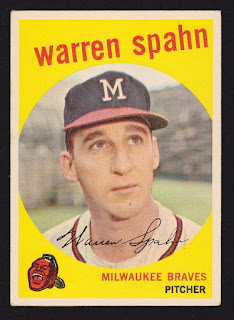 The two teams records were pretty close when it came to "team" marks. Each team had a 20 game winner (Warren Spahn 21 with the Braves, 20 for the Buc's Vern Law). The Braves excelled with the long ball 170-120 as sluggers Eddie Mathews (39 homers) and Henry Aaron (40) and Joe Adcock (25), far outpaced Pittsburgh whose lone "big man" was Dick Stuart with 23. 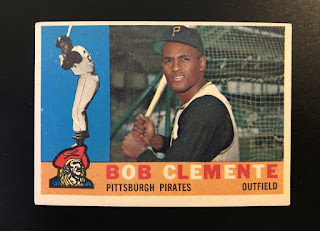 The Pirates led in BA .276 to .265. While they did have a pair of hitters batting .298 the Braves failed to have a .300 hitter. The Pirates had two; Roberto Clemente (.314) and NL MVP Dick Groat (.325). One run games were close but the Pirates were a come from behind team. It could be the reason the club excelled due to a "never give up" attitude. Emphasized by walking off 11 wins compared to the Braves 6 in the 1960 season.

Thank you to those of you who purchased my book after reading this column.
Posted by Baseball in the 1960s at 11:06 PM