Cleveland Does NOT Lose 100 Games

TRIVIA WINNER: Congrats to Aaron Woien of Indianapolis, IN, who correctly identified the Montreal Expos as the team which became the Washington Nationals. The Prize: Starbucks Gift Card.

ANSWER TO TRIVIA QUESTION IN THE PREVIOUS COLUMN: The Washington Nationals were previously the Montreal Expos.

As major league teams settle in for the post season we look back at a game which was the total opposite dating back to the first year of the divisional playoffs in MLB; 1969. It was the season the Orioles would rebound to win 109 games before going on to defeat the 97-win Minnesota Twins to make it to the World Series.

It was also the year the Amazin' Mets won the East, and then beat the Braves to move on to play in one of the most memorable World Series ever. The Mets beat the O's and were kings of not only New York, but the baseball world. 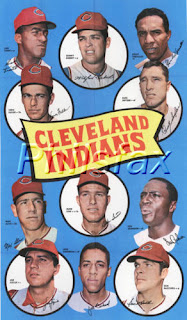 There was one team which was in danger of losing 100 games that initial playoff year; The Cleveland Indians. To lose 100 when playing in the first divisional season would be the ultimate embarrassment. The Indians were not a terrible team. They would finish the season both fifth in team hitting and team pitching. They were also fifth in fielding.

They had power with both Ken "Hawk" Harrelson and Tony Horton blasting 27 homers with Duke Sims pitching in another 18. The clubs .237 team BA belied the fact only three starters batted above .250 with .278 topping the list. They only scored 573 runs and only two teams scored fewer. Clutch, they were not. 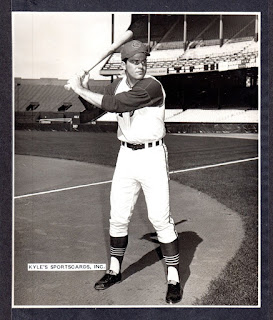 On the mound Sam McDowell won 18 but Luis Tiant lost 20, which is why perhaps the game on Tuesday September 23rd was so important. The Indians had 61 wins and 92 losses (44.5 games back of the Orioles) with seven games left. A loss to the Orioles on this date would mean if the Indians did not win another game to finish out the season, they would lose 100 games.

The club had just beaten the Senators and was to face Baltimore in a three game set in Cleveland's final home stand of the year. McDowell would go the mound seeking his 18th win. He'd face 14 game winner Tom Phoebus and a line up packed with power hitters the likes of Frank Robinson (31 homers to date), Brooks Robinson, Boog Powell and Don Buford. 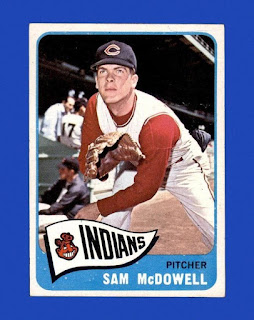 The game started out with both pitchers breezing through the first two innings. In the third however, McDowell would not be denied. He led off the inning with a single and went to third when Jose Cardenal laid down a bunt, which catcher Andy Etcheberren mishandled. After Frank Baker walked to load them up, Harrelson and Horton both drew bases on balls to send in two runs, 2-0 Indians. When Chuck Hinton hit a sac fly to drive in the third run, it was all McDowell needed, leading 3-0.

Despite Frank Robby's 32nd homer, a solo shot, it was all the O's could muster off the masterful and determined Sudden Sam. McDowell went the distance, giving up three hits, walking none and striking out six for his 18th and final win of the season, 3-1. Final because as might be expected the Indians went onto lose the next seven games to finish out the season with 99 losses.

They dropped the next two to the O's, three to Washington and a pair to the Yankees to close out the season in New York. It was a long ride back to Cleveland after that final game, but the Indians could take heart; they did NOT lose 100 games.  Oh I forgot, the Cleveland faithful could have applied for stardom in the film "Major League." The Indians finished 11th out of 12 teams in attendance. Rachel Phelps would have been proud, if not ecstatic.


TRIVIA CONTEST; After reading this column you can enter the weekly trivia contest for a chance to win a Starbucks Gift Card. Enter via the following email. Send 1) your answer to the trivia question at the top of the column, 2) your name, address and email so where we know where to send the card if you win 3) any comment you have on the column. One winner will be selected at random each week based on correct answers with the odds being based on the number of correct entries.  Please cut and paste or enter the following email into your email system.