TRIVIA WINNER: Congrats to Peter Sokolik, who correctly answered the trivia question and then was selected in a random drawing. He correctly identified the Los Angeles Dodgers as the only team which "purchased" Rocky Colavito in the 1960s. This week is a new week and a new Trivia Contest. The Prize this week again is a Starbucks Gift Card.

ANSWER TO TRIVIA QUESTION IN THE PREVIOUS COLUMN: In the 1960s Rocky Colavito was traded four times, signed as a free agent once and twice released. He was also purchased once and that was by the Los Angeles Dodgers from the Chicago White Sox.


In an unusual situation the two leagues expanded in consecutive years. The Senators opened their franchise playing in 1961. New York would have to wait until 1962 to see the Mets try to replace the NL Giants and Dodgers who had moved on four years earlier. 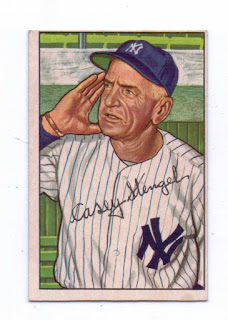 While the Mets would lose 120 games under Casey Stengel in the first season, the Senators would lose 100 under Mickey Vernon. New York was saddled with players who would never reach the plateau they so wanted in the bigs. Names such as Elio Chacon, Charlie Neal, Rod Kanehl and Choo-Choo Coleman would send as much fear into the opposing pitching staff as would the Senators Gene Green, Coot Veal, Willie Tasby and Billy Klaus. 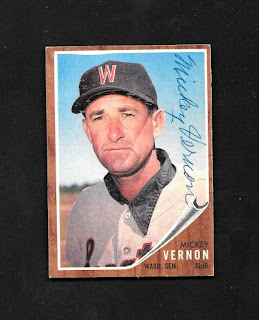 Through the clubs first four years the Mets would drop 452 games. The Senators during the first four years lost 407. Such ineptness may never be seen again. By the time the 1972 season rolled around the Senators would leave Washington for the friendly confines of Arlington, Texas, having never won more than 86 games. They closed out the decade in 1969 with the clubs only season where they won more than they lost, finishing with a .531 winning percentage.
TRIVIA CONTEST; After reading this column you can enter the weekly trivia contest for a chance to win a Starbucks Gift Card. Enter via the following email. Send 1) your answer to the trivia question at the top of the column, 2) your name, address and email so where we know where to send the card if you win 3) any comment you have on the column. One winner will be selected at random each week based on correct answers with the odds being based on the number of correct entries.  Please cut and paste or enter the following email into your email system.
SEND YOUR ANSWERS TO; brillpro@gmail.com
==========================================================
Need to get out of a baseball hitting slump, or a golf swing slump? Order my new book "Beating the Slump; An athlete's guide to a better career." See it on Amazon for only $5.99. That is for the Paperback, you can also order Kindle on that link. You can also order paperback copies directly from me via the email below for my other books.