The Indians Revolving Door + You Can Win Again Trivia!

TRIVIA WINNER: Congrats to Timothy Nathan of Berkley, Michigan, who correctly answered last weeks Trivia Question that HOF Sportscaster Dick Enberg coached baseball at San Fernando Valley State College (later changed to Cal State Northridge). Timothy is the winner of a $10 Starbucks Gift Card which will go out to him today. Thank you for everyone who participated and this week you are going for a 1960 Topps Wally Moon baseball card graded PSA 6. Instructions on how to enter are directly below. Thank you to the many who submitted winning answers. This week is a new week and a new Trivia Contest.

NEW TRIVIA CONTEST:  IF YOU ANSWER THE TRIVIA QUESTION CORRECTLY YOU WILL BE ENTERED INTO A WEEKLY DRAWING FOR A PSA GRADED 6, 1960 Topps Wally Moon baseball card.  YOU MUST ENTER VIA THE EMAIL AT THE END OF THIS COLUMN, SO PLEASE READ ON. This is the card you will win. 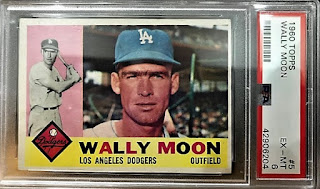 Managers come and managers go and while most teams look for stability from their field generals the early 1960s Cleveland Indians had nothing like it. From 1960-1964, the Tribe went through no less than seven different managers. The club finished no higher than fourth and no lower than sixth during the span with an average of 78 wins a year for a .480 winning percentage.

The decade started with holdover manager (he took over the Indians in 1959) Joe Gordon. Gordon announced he was quitting in 1959 after continued battles with GM Frank Lane. Lane fired him, but rehired him when negotiations with Leo Durocher broke down. 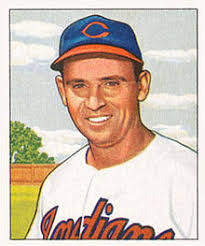 Then he was traded to Detroit in a trade of field skippers for Jimmy Dykes after 95 games.  Jo-Jo White took over for one game (a win) until Dykes arrived to run the club. Dykes lasted through all but one game of the 1961 season and with the Tribe 30 games out of first place he was gone. He was replaced for the final game by Mel Harder, who like White before him managed one game and took the team to a lone victory.

Management decided on Mel McGaha for the 1962 season and approaching 16 games out again, with two games left in the season, they reached for Harder again, and again he was undefeated. Birdie Tebbetts, with an allegiance to Indians GM Gabe Paul, signed a three year deal to take over the reigns in 1963 and managed (no pun intended) to stick around for the entire season. 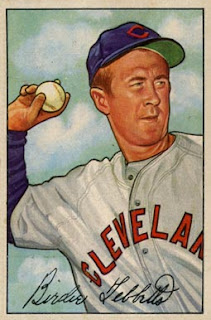 However, during spring training in 1964 Tebbetts suffered a heart attack but did return to take over the club in three months time. George Strickland ran the club in his absence and took the Tribe into first place by the end of April. They were there for almost two weeks, but soon Cleveland showed it's true form. A six game losing streak in May sent the club spiraling and was just 33-39 when Tebbetts returned. Much to Indians fans chagrin, they still finished 20 games out of first place.

Tebbetts lasted until about two thirds of the way through the 1966 season. When the club was 15 games back of the league leading Orioles, he resigned in August. Strickland was called upon again to finish out the season. 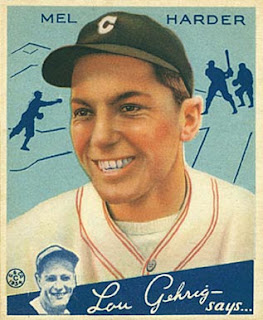 The most successful of the Cleveland managers during the five year run was definitely Mel Harder whom no one could fault for his 3-0 record. He was fired after the 1963 season, having spent the first 36 years of his adult life in Cleveland, much of it as a coach developing players such as Sam McDowell. Joe Adcock managed for one year in 1967 before Al Dark took over and stayed for the elongated tenure of four years!

TRIVIA CONTEST; After reading this column you can enter the weekly trivia contest for a chance to win a 1960 Topps Wally Moon graded PSA 6 baseball card. Enter via the following email. Send 1) your answer to the trivia question at the top of the column, 2) your name, address and email so where we know where to send the card if you win 3) any comment you have on the column. One winner will be selected at random each week based on correct answers with the odds being based on the number of correct entries.  Please cut and paste or enter the following email into your email system.
SEND YOUR ANSWERS TO; brillpro@gmail.com
==========================================================
Need to get out of a baseball hitting slump, or a golf swing slump? Order my new book "Beating the Slump; An athlete's guide to a better career." See it on Amazon for only $5.99. That is for the Paperback, you can also order Kindle on that link. You can also order paperback copies directly from me via the email below for my other books.