An Old Style Comeback & You Can Win Too!

ANSWER TO TRIVIA QUESTION IN THE PREVIOUS COLUMN: The 1966 California Angels had several players hit home runs in double figures but none were better that season than 38 year old Joe Adcock in his final year as a player in the big leagues. The former Braves slugger went deep 18 times in only 231 AB. Translated its one in less than every 13 at bats!

NOTE: I wanted to write an article in the style of the great old sportswriters from a bygone era. With apologies to Grantland Rice, Red Smith and so many others who have laid the groundwork for us, here is my own version...therefore there will "no links" and "no video," but I will insert photos because I know readers enjoy them.
-=-=-=-=
Very few of the faithful were still around when the dust settled in Detroit in the contest between the locals and the Kansas City nine. The game was lackluster most of the way, inning after inning and by the time the final frame was played, most of the 8,947 who paid their way through the turnstiles had left the friendly confines of Tiger Stadium. Some stayed to cheer on local boy, Denny McLain who the previous season posted 31 wins for the pennant winning Tigers.

In the final analysis it was a pair of former Baltimore Orioles cast offs who did most of the damage, along with a journeyman catcher who supplied the fireworks which led to Detroit's final inning downfall. 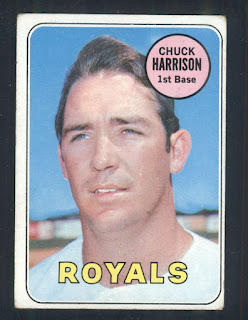 The two starting pitchers, McLain and his opposite member Bill Butler matched each other pitch for pitch through the first four innings. Butler faltered in the fifth however. The visitors were trailing 2-1 as the Royals could only muster a single run driven across by Chuck Harrison. Detroit had catapulted to the lead on a home run ball struck by back up catcher Jim Price, and led 2-1.

In the fifth it was the old veteran Al Kaline who plated center fielder Mickey Stanley with a hard hit double between the fielders in left center. Kaline would come around to score when Jim Northrup, he of the wide open stance, connected for a single driving Butler from the pitching box. The home club now led 4-1. When Dave Wickersham uncorked two wild pitches the bengals scored again, giving them what seemed like an insurmountable lead, 5-1. 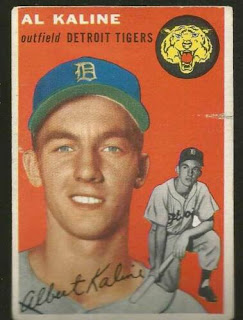 An inning later light hitting Don Wert sent a Dave Morehead pitch deep into the outfield seats and the Tigers now had a commanding 6-1 lead. With McLain pitching it seemed a foregone conclusion, the locals would take this one from the upstart Royals. Many of the fans were now moving to the exits in hopes of beating the automobile traffic home in the land of GM and Chrysler. Too bad for them because the Royals had something more to say.

A Lou Pinniella solo shot brought the visitors to within four runs of the Tigers. In the ninth the Royals made their move. With the former 31 game winner still on the mound Ed Kirkpatrick led off the inning with a two base hit. A base on balls was issued to Piniella and after Joe Foy took three strikes, Big Bob Oliver singled to put runners on all three bags.

Light hitting Jerry Adair hit a ground ball which looked like it was going to be a twin killing but instead wound up being a force play at second base. Kirkpatrick scored to cut the Tigers lead in half. Harrison singled to bring Piniella home and that was it for McLain who had pitched brilliantly until the ninth frame.

Manager Mayo Smith called on ace reliever Dick Radatz, who stands 6'6" (230 lbs.) to put out the fire the Royals had ignited. The first batter he faced was Hawk Taylor. The utility man made quick work of a Radatz fast ball lacing it deep over the left center field wall for a three run home run. The blast put the Royals ahead 7-6 and ruined a fine pitching performance by McLain. 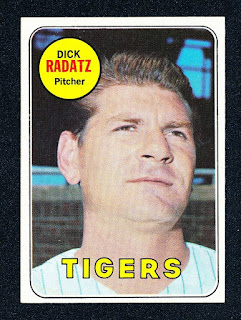 It wasn't quite over yet as the poet would say. Former Oriole youth Wally Bunker continued pitching into the bottom of the frame and with two outs the Tigers had men on all three bases. One of them was Gates Brown. Brown is widely considered by most baseball men to be the best pinch hitter in the game. It was as a pinch hitter he kept the inning alive with a single.

Royals manager Joe Gordon had seen enough and went to his bullpen for another former Oriole's thrower, Moe Drabowsky. Drabowsky flashed the old form he'd shown in the 1966 World Series and quickly got slugger Jim Northrup to ground out to end the game.

Bunker picked up his first victory of 1969 to take his record to 1-2, while Drabowsky earned his fourth Save of the young season. Radatz was saddled with the loss, his second in three decisions. First baseman Harrison collected four hits in the game as Tiger pitchers could not keep him off base. It was a tough loss for McLain who would go on to follow up his 31 win season with 24 victories in this year of expansion to close out the decade.