TRIVIA QUESTION: While Frank Robinson led the AL in homers with 49 in 1966, name the two players who finished behind him?

ANSWER TO TRIVIA QUESTION IN THE PREVIOUS COLUMN: The Cleveland Indians after the 1954 pennant winning season were never really the same club, finishing mostly in the second division or close to it. It wasn't until 1995 they finished in first, winning 100 games.

The last weekend of the season is often critical but never more critical than in 1966 as three teams had come down to the wire in the National League. It was the Dodgers, Giants and Pirates involved with the already eliminated Phillies playing a role.


Here is the scenario. With three games left the Giants were three back of the Dodgers and were facing the Pirates in a double header on Saturday with the final game of the season on Sunday. The Pirates were a game and a half back of the Dodgers and were at home to face the Giants who had won three straight coming into the weekend. The Dodgers were in Philadelphia for a game on Friday night, an unusual off date on Saturday and a double header on Sunday. An inch of rain fell on the City of Brotherly Love on Saturday, so the twin bill was Sunday.

The key here was the Giants were actually facing a unique scenario. They still had a make-up game with Cincinnati from earlier in the season. So the outcome of the weekend games would decide if the Giants played that make-up game or not. It was a game washed out by rain. 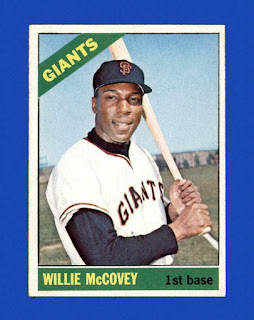 The Giants needed to win all three games hoping for the Dodgers to lose all three to force a playoff (if the Giants won the make-up game). A Pirates sweep coupled with three losses by the Dodgers would hand the Bucs the pennant. All the Dodgers had to do to secure the title was to win one of the final games to eliminate San Francisco and offer up at least a playoff with Pittsburgh.

The Bucs fell first. In the first game of the three game set Ollie Brown and Jim Davenport combined for a couple of hits off Bucs closer Pete Mikkleson in the eighth inning to secure a 5-4 win, backing the 13 hit pitching of ace Juan Marichal.

In Philadephia the Dodgers were doing their best to pump the TV ratings. Los Angeles fell to Chris Short who won his 19th on Friday night 5-3. After taking the rainy Saturday off, the Dodgers sent Don Drysdale to the hill against Larry Jackson. With the Dodgers leading 3-2 in the eighth, the Phillies put six straight batters on base with walks sandwiched around errors by catcher Johnny Roseboro and third baseman Dick Schofield. Philadelphia plated two runs to take a 4-3 lead and Short picked up his 20th win as he came in to relieve in hopes of getting no. 20. 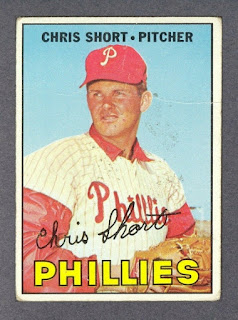 The Giants took out the Bucs again as Bobby Bolin pitched and hit his team to victory. Bolin went the distance in pitching a one hitter (second sacker Bill Mazeroski with the lone hit), and in the eighth inning doubled home the clubs first run in a 2-0 win. Tommie Sisk was awesome for the Pirates, but it wasn't to be. 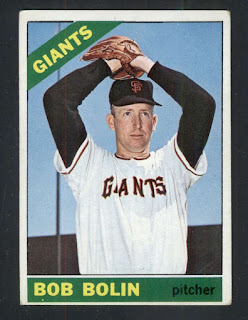 Who would Dodger manager Walt Alton turn to in this situation to face Phillie ace Jim Bunning? Sandy Koufax. The Dodgers made it anti-climatic early, scoring three runs in the third, capped off by a two run homer by Willie Davis to take a 3-0 lead. With a 6-0 lead, Koufax held sway until the ninth when the Phils scored three to make it 6-3 Dodgers. In today's world of "launch angle and never say never home runs" perhaps a 6-0 lead in the ninth was just a challenge. In 1966 it was impossible against Koufax. Sandy went the distance in pitching a 7-hitter, striking out 10 on his way to picking up his 27th win.

The Giants watched the scoreboard to no avail. Gaylord Perry battled Bob Veale for seven innings and at the end of nine they were tied at 3-3. In the 11th, Steve Blass in relief, fell apart giving up four runs including Willie McCovey's 36th home run of the season for a 7-3 Giants win.

The season was over. In the books Los Angeles played 162 games to the Giants 161 and took the pennant 1.5 games ahead of San Francisco and three ahead of the Pirates. The victory celebration didn't last long. They Dodgers were blitzed in the World Series, dropping four straight to the Frank Robinson led Baltimore Orioles.

Koufax with a 27-9 record did not win the MVP Award that season. It went to the Pirates Roberto Clemente who had his best overall offensive season banging 29 homers, .317 BA, 119 RBI and 105 Runs Scored. Even Clemente could not keep the Bucs from dropping all three games on the final weekend.