Stan Musial Really Was THE Man

TRIVIA WINNER: Congrats to David Rolfe's of Las Vegas, NV who correctly stated Clete Boyer (brother of Ken) failed to get a hit in the game on August 17, 1961 while his brother played a key role in the Cardinals game on that same day. The Prize: Starbucks Gift Card.

Sometimes when the writing is on the wall you really wish the text were written one year later. Such is the case of one of the greatest to ever play the game of baseball; Stan Musial.


(Musial's last At Bat)
For more than two decades Musial, the Donora, PA native, patrolled the outfield and some at first base for the St. Louis Cardinals. He hit milestones with the bat which would make him a $50 million a year player today. When he retired after the 1963 season, his final salary was $50,000. 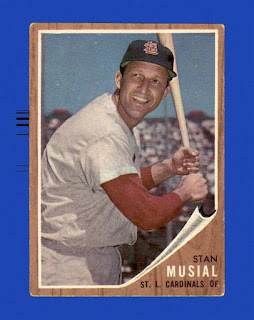 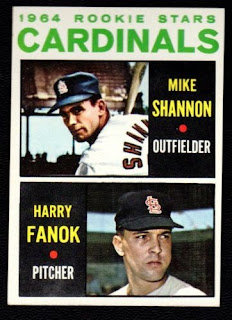 The Cardinals did indeed go to the World Series in 1964 and they beat the Yankees in seven games. Musial was watching from the good seats at that point however, and oh how the fans would have loved to see no. 6 on the field for those seven games and go out a winner.

Shannon would eventually move into the infield and play third base after Kenny Boyer was traded to the Mets after the 1965 season for Al Jackson and Charley Smith. The Smith experiment didn't pan out so when Roger Maris arrived in 1968, Shannon became the permanent fixture at third.