We wish to welcome our sponsor; Huggins and Scott Auctions, one of the premier sports trading card and memorabilia auctions house in the U-S.
Now with MONTHLY Auctions!
"SPECIAL OFFER"
You can get a signed paper back copy of the above book
"Tales of My Baseball Youth - a child of the sixties"
for $15 Shipping Included
for a limited time only (through December 31st)
Use PayPal to brillpro@prodigy.net or contact us at the same email for other payment.

TRIVIA QUESTION:   Ollie Brown ended up with a decent major league career including his best season in 1970 with 34 home runs and a .292 BA. For what MLB team did Brown play before San Diego?

ANSWER TO TRIVIA QUESTION IN THE PREVIOUS COLUMN: When the Angels lost Don Mincher to the Pilots in the 1969 Expansion Draft, their search began again for a new first baseman. While 21-year old Jim Spencer eventually won the job, the man who started at first base on Opening Day in 1969 was aging veteran Dick Stuart (Dr. Strange-glove), who incidentally was playing opposite the man he replaced as the Halo's opened the season against Seattle. 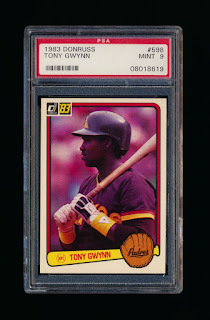 Please share this blog with your friends and colleagues and leave a comment at the bottom of the blog if you have one. Thank YOU VERY MUCH!! Please pick up a copy of my book "Tales of My Baseball Youth; A Child of the 60's" at www.bobbrillbooks.com, or on Amazon.
Posted by Baseball in the 1960s at 1:17 PM