The Fall of the Birds

TRIVIA QUESTION:  After winning the AL Pennant in 1967 where did the Red Sox finish the following year; 1968?

ANSWER TO TRIVIA QUESTION IN THE PREVIOUS COLUMN: One of the better clutch hitters of the 1960's Johnny Blanchard was a gem in the 1960 and 1961 World Series for the Yankees. In 1960 against the Pirates he hit .455 and came back in 1961 to bat .400 against the Reds. Included were two homers and five RBI in nine games.

When the 1966 Orioles swept the Dodgers in four straight in the World Series after winning 97 games, everyone figured the Birds were on their way to a dynasty. Frank and Brooks Robinson were in their prime and Paul Blair was sailing along. A nice crop of young players led by Andy Etchebarren, Curt Blefary, Mark Belanger, Curt Motton, Dave May and a 24 year old Mike Epstein. 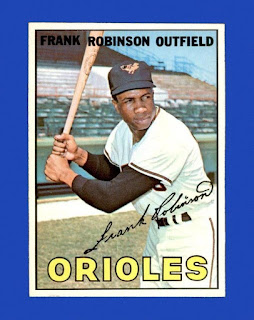 On the mound they were solid. Steve Barber, Tom Phoebus, Dave McNally, Jim Hardin, Wally Bunker and a 21 year old Jim Palmer. Veterans such as Pete Richert and Moe Drabowsky along with Eddie Watt were also in their prime. 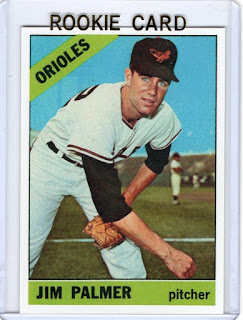 Then how in the world did the 97 win O's in 1966 fall to 6th place with 76-85 record 15.5 games behind the Boston Red Sox? Frank Robinson had a solid year and no one could have expected him to duplicate his 1966 Triple Crown Year. Going from 44 homers to 30 while still hitting .311 was not the problem. Brooks Robinson had almost an identical season from the year before. Boog Powell did falter. 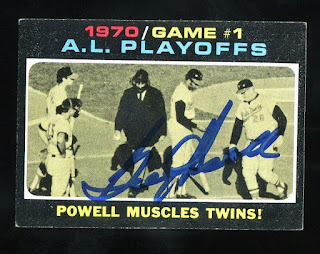 Powell drove in half as many runs in 1967, his homers dropped from 34 to 13 and his batting average fell 53 points. Luis Aparicio saw his average drop 50 points and his steals fell off. With Belanger waiting in the wings, he was in his last year with Baltimore. Davey Johnson was about the same as was Etchebarren. Blefary had a similar season and Blair established himself as a star while leading the AL in triples and batting .293.

During the next two seasons he struggled and after only 49 innings following the title season he was sent to the minors where he finally regained his form after undergoing surgery. He actually had been placed on waivers in 1968 and was left open in the expansion draft. Neither the Royals nor the Pilots selected him. In 1969 he returned to join the rotation and set off on being one of the best pitchers in baseball for several years. Eight times he would win 20 games or more.

The defense was about the same when it came to making errors, although Aparicio went from 17 to 25. They went from 755 to 654 in runs scored and in homers they dropped from 175 to 138 but still ranked third in the Al. They were fourth in runs scored. They actually gave up nine fewer runs in 1967.

Perhaps the reason lies in the fact they didn't get much worse, just everyone else got that much better. The pennant winning Red Sox improved by 20 games to 92 wins. And aside from a downturn in the home run category, there lies the rub.