TRIVIA WINNER: Congrats to David Rolfes of Las Vegas, NV, who correctly identified Lou Brock as the base stealing leader of the 1963 Chicago Cubs with 24. The Prize: Starbucks Gift Card. NEW TRIVIA CONTEST:  IF YOU ANSWER THE TRIVIA QUESTION CORRECTLY YOU WILL BE ENTERED INTO A WEEKLY DRAWING FOR A Starbucks Gift Card.  YOU MUST ENTER VIA THE EMAIL AT THE END OF THIS COLUMN. DON'T FORGET TO PUT YOUR MAILING ADDRESS IN WITH THE ANSWER SO WE CAN SEND YOUR GIFT IF YOU WIN.

The name Branch Rickey rings many baseball bells but as seen in the video below, there may be something you never knew about Mr. Rickey, and it was all the brainchild of someone else you may never have heard of; William Shea.

(Branch Rickey, President of the Continental League on "What's My Line")
The Continental League - the third Major League - was scheduled to start play in eight cities beginning in 1961. It was already to go with some heavy duty backers, but then suddenly, it did not. And you can blame William Shea for that. If the name sounds familiar it should. His name was later on Shea Stadium, the home of the New York Mets. In fact, the Mets came into existence because of what he started and stopped with the Continental League.

With the Dodgers and Giants fleeing New York for the sunny confines of California and the Kansas City A's about to do the same several years later, Shea and his friends figured to start their own major league to bring baseball back. Initially the first cities which locked in were
Denver, Houston, Minneapolis–St. Paul, New York City, and Toronto, with Atlanta, Buffalo and Dallas-Ft. Worth added before the first pitch in April, 1961. 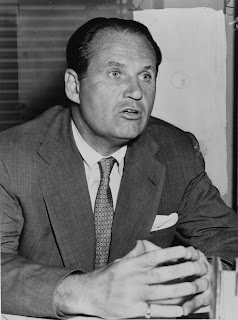 Now if those cities seem familiar today, they should. All but one eventually got a Major League franchise, which was the actual goal in the first place; expansion. Only Buffalo remains a city without MLB, but continues to have minor league baseball. Shea's dream would ultimately come to pass.

A shrewd lawyer, each of the owners would pay $50,000 for their franchise and put up another $2.5 million to get the games going. Stadiums would have a minimum seating capacity of 35,000. A far cry from the $2 billion-plus a team might go for today. Owners included Jack Kent Cooke (Toronto) and yes the same JK Cooke who owned the Los Angeles Lakers. They had a big name League President too; Branch Rickey. Rickey of course was the architect of the Brooklyn Dodgers who brought Jackie Robinson to the big leagues and who later GM'd Pittsburgh. Rickey appeared on the popular TV show, "What's My Line" as the head of the Continental League. He stated "it was as inevitable as tomorrow morning." 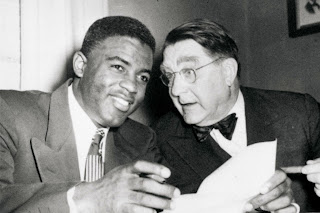 How did MLB owners react? They didn't like it even though the new league wanted to come in with the permission of MLB Commissioner Ford Frick, who did his best to be non committal. So what did they do? They expanded the NL and AL, and they did it in cities where the new league had teams planned. The first four expansion teams were the Houston Colt 45's, Washington Senators, Los Angeles Angels and yes, the New York Mets.  The old Senators had moved on to Minnesota, leaving the nation's capitol without a part of the American pastime.

The goal of the Continental League owners was to expand and compete. By the end of the decade they got their wish to fully expand. Washington moved to Dallas-Ft. Worth (another Continental League city), the Montreal Expos came into existence and eventually moved to Washington, Kansas City got the Royals after Charlie Finley took his A's to Oakland, and while Seattle had a team for one year the Pilots moved to Milwaukee (replacing the Braves who moved to Atlanta (another Continental League city) and became the Brewers. Denver would eventually complete the disbanded CL city list except for Buffalo. 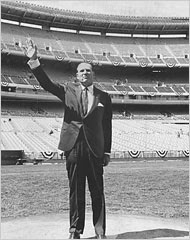 For his part William Shea was honored with the new Met's stadium named after him — Shea Stadium. In 2008, the New York Mets retired the name "Shea" on the outfield wall next to the other great Mets Tom Seaver, Mike Piazza, Gil Hodges, Casey Stengel, and Jackie Robinson. Although Robinson was not a Met (a Dodger traded to the Giants but retired before ever playing for them) he was added at the request of Major League Baseball. That wasn't all. Shea was instrumental in both the NFL and the NBA as well as the NHL in handling league mergers and team movement. William Shea died in New York in 1991 at the age of 84.