The Ever So Close White Sox 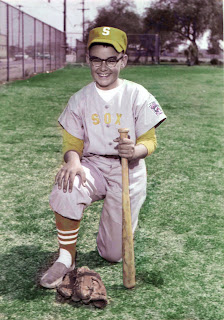 TRIVIA WINNER: Congrats to Prof. Herm Card of Syracuse, NY, who correctly answered the trivia question about the batter following Mickey Mantle in his last at bat; Roy White. This week a new Trivia Contest. The Prize this week: Starbucks Gift Card.
I'd like to point out we've been getting increasing numbers of entries from all over the country including Sparks, NV, Louisville, KY, McKinney, TX, Berkley, MI, Grand Prairie, TX, Punta Gorda, FL, Vero Beach, FL, Los Angeles and more.

ANSWER TO TRIVIA QUESTION IN THE PREVIOUS COLUMN: Mickey Mantle's last at bat, the subject of last week's column was a pop out. The batter to follow him was Roy White.
Oh what a helpless feeling and a lonely spot in a small corner of the world it can be when whatever you do, no matter how much you win, the baseball gods are against you. Such was one moment in time in 1964 when the red hot Chicago White Sox did everything they could but halfway across the country, one itsy, bitsy, 5-run inning, put the final nail in the coffin of the Chisox pennant hopes.
With some of the best pitching of all time, not just the AL of 1964, the White Sox were on fire. Beginning on September 22, the Sox began their run. They would peel off nine straight wins including back to back shutouts of the Kansas City A's on the final two days of the season. It did not matter.
The Yankees held a 2.5 game lead when the Sox began their run. New York would win 11 in a row until losing to Washington on September 27th. Two more wins followed by consecutive losses which gave Chicago some hope.
The Sox were led by three of the best starting pitchers in baseball and two workhorse relievers. Starters; Gary Peters (20-8, 2.50 ERA, 1.17 Whip), Juan Pizarro (19-9, 2.56 ERA, 1.03 Whip) and Joel Horlen (13-9. 1.88 ERA, .093 Whip). Relievers; Hoyt Wilhelm (12-9, 131 innings, 1.99 ERA, .094 Whip) and Bob Locker (125 innings, .094 Whip). This club did not hit much but they led the AL in most pitching departments. 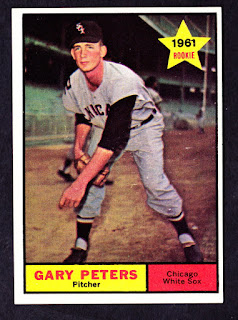 The key game was the next to the last game of the season. While the Sox were shutting out KC, the Yankees were at home against Cleveland. If New York wins the season is over. If they lose to the Indians the Sox will be one game out with one to play. The Sox were not about to lose. What happened in NY mattered.
With the score tied in the bottom of the 8th at 3-3, New York came to bat against Lee Stange who had pitched a marvelous game. It looked like the eighth was going to be more of the same after lead off hitter Tom Tresh got out. A Clete Boyer single followed by a Johnny Blanchard fly out made the crowd of less than 15,000 at Yankee Stadium somewhat nervous. 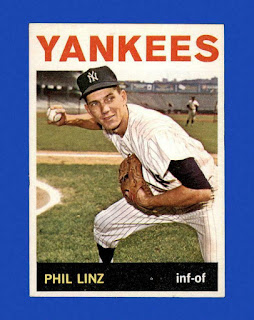 Light hitting Phil Linz singled to left sending Boyer to third, bringing the crowd to it's feet. An infield single to Short by Bobby Richardson brought Boyer home with the go-ahead run, 4-3. A walk to Roger Maris loaded the bases bringing on Don McMahon who walked Mickey Mantle to bring in another run, and a two-run single by Elston Howard which made it 7-3 New York. Dick Donovan replaced McMahon and Joe Pepitone added another RBI single to make it 8-3 before Tresh, who led off the inning made the final out.
The Indians went weakly in the ninth and that put the cap on the Sox season. It didn't matter what Chicago did on the final day of the season, the Yankees had won the pennant. For good measure, the Sox fourth starter, John Buzhardt pitched a two-hit shutout and the Sox ended up a game back of New York which lost 2-1 to Sam McDowell in game 162.
The White Sox would win the same number of games in 1965 (95) but would finish in third behind the Minnesota Twins. Al Lopez managed both clubs.
TRIVIA CONTEST; After reading this column you can enter the weekly trivia contest for a chance to win a Starbucks Gift Card. Enter via the following email. Send 1) your answer to the trivia question at the top of the column, 2) your name, address and email so where we know where to send the card if you win 3) any comment you have on the column. One winner will be selected at random each week based on correct answers with the odds being based on the number of correct entries.  Please cut and paste or enter the following email into your email system.
SEND YOUR ANSWERS TO; brillpro@gmail.com
==========================================================
Need to get out of a baseball hitting slump, or a golf swing slump? Order my new book "Beating the Slump; An athlete's guide to a better career." See it on Amazon for only $5.99. That is for the Paperback, you can also order Kindle on that link. You can also order paperback copies directly from me via the email below for my other books.

Thank you to those of you who purchased my book after reading this column.
Posted by Baseball in the 1960s at 10:00 PM