McCarver on Third with a Triple x 13

TRIVIA QUESTION: He was known as an outstanding pinch-hitter. So much so that in 411 games he appeared 159 in the pinch. Over 1000 plate appearances, he played five different positions and once hit .348 but did not qualify for the batting title. In his six year career he played for three different teams, two of them twice. Who was he?

ANSWER TO TRIVIA QUESTION IN THE PREVIOUS COLUMN:  In 1966, Marvelous Minnie Rojas was on the club and about to become one of the finest closers of the decade. However before Rojas blossomed in 1967, it was hard throwing big Bob Lee who led the Angels in Saves with 16. Rojas had 10.


The 1966 season was an interesting one for the Cardinal catcher. He had been the regular at the position for the past two seasons. He played in more games this season than any other with 150, coming off his lowest of the 1960s the previous year at 113. It was his career high. He made the All-star team for the first time, he had the most hits (149) in his career, and his most at bats (543).

Despite McCarver's efforts the club finished 6th in the National League, well out of contention. The following year however, they rebounded, McCarver again shined and they won the pennant and the World Series. 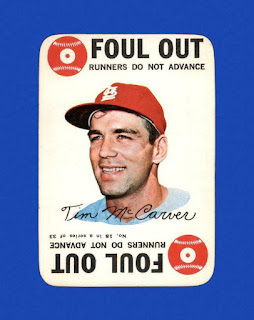 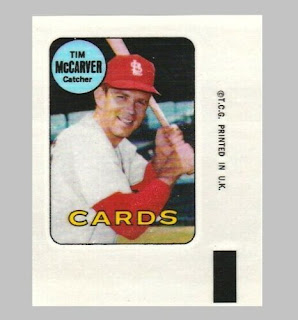