Mid May 50 Years Ago

TRIVIA QUESTION: While it's still rare for double headers in MLB, there were three Triple Headers in MLB history. Who played in the first one? Hint: it was1890.

ANSWER TO TRIVIA QUESTION IN THE PREVIOUS COLUMN:   Six active players died during the 1960's. In addition to the players named in last week's column, the others were Nestor Chavez (plane crash), Ken Hubbs (plane crash) and the Angel's Dick Wantz (inoperable brain tumor).

May 18th, 1969 marked a very unusual day in the annals of baseball in the 1960s. First, it was a day which had something we don't see anymore in MLB and we may never see again; the Double Header. Even more so, two Double Headers in one day.

It was a Sunday which is when most double dips were played. Teams got in those two games before one of them had to leave town. Monday was usually a travel day so playing two was not a real drawback. 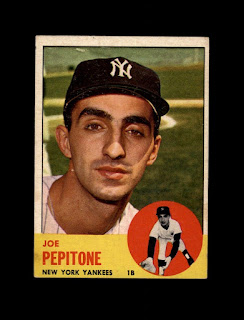 The interesting thing about these two twin bills however, was that the winning teams scored a combined total of 10 runs! Four games, 10 runs total for the winners; The Yankees and the Senators. The Senators took two from the White Sox by the same scores of 3-2. New York swept the California Angels 3-1 and 1-0. It was all about Joe Pepitone that day. None of the four teams involved at the time were over .500 with the White Sox at the 50-50 mark.

In the first game, the Angels' Andy Messersmith was off to one of the worst starts of his career. The loss dropped him to 0-3 and the only runs the New Yorkers got was a three run blast in the 7th by Pepitone. It backed the eight-hit pitching of Mel Stottlemyre who went the distance to run his record to 6-3.

In the night cap hard luck George Brunet failed to yield a run in six innings and gave way to Hoyt Wilhelm. Hurling for the Yankees was Bill Burbach who gave up only two hits in six innings before calling it a night. Steve Hamilton took over. With no score going into the bottom of the ninth, Wilhelm faced lead off hitter Pepitone, who promptly blasted his 11th homer of the young season and second of the day. And 18,000 people, or what was left of them, went home happy from Yankee Stadium. 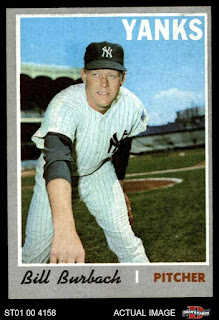 New York swept the two games with all four runs driven in by two swings from Pepitone. Pepitone would end the season with 27 homers and 70 RBI in his final year with New York. He was sent to Houston for the 1970 season.

In the other Double Header,  an error by normally sure handed shortstop Luis Aparicio spoiled a magnificent pitching performance by Joel Horlen. With score tied at two, the Senators Hank Allen opened the 10th with a grounder which Aparicio muffed. Del Unser sacrificed him to second, an infield hit by Ed Stroud put runners at the corners before Mike Epstien drove home the winning run with a single to right. Horlen went nine innings plus giving up seven hits and took the loss. 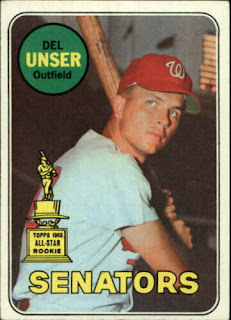 In the nightcap it was all over pretty early. With the score tied 1-1 in the third, the Senators Allen led off with a walk. Gary Peters gave up a single to Frank Howard and after striking out Ken McMullen, Brent Alyea singled to drive in Allen. Tim Cullen singled to load the bases and then Peters did what pitchers hate; he walked the light hitting Unser to score Howard with the go ahead run. It proved to be the winning run as the Sens took the second game by the same score as the first, 3-2. Most of the 6274 fans at Comiskey Park that day, went home sad.

Unser, a career .258 hitter was the key to the twin bill wins. It was only his second season in the bigs and he finished a respectable .286. The speedy outfielder led the AL in triples with eight.