TRIVIA QUESTION:   When Roberto Clemente broke in with the Pirates in the 1955 season, who did he replace in right field from the 1954 season?

It is hard to imagine winning the National League MVP Award and NOT having that particular season be your best. It is arguable when it comes to Roberto Clemente. He won the NL MVP in 1966 leading the Pirates almost to the pennant in what was a "breakout" season for the future Hall of Famer. However, the 1966 season compares favorably to his years in 1961 and 1967.

Clemente was never a home run slugger, preferring to gap the alley's with triples and singles and average more than 200 hits per season. He hit averages above .350 three times in his career. He batted over. 300 in 13 of his 18 seasons, but only cracked the 20 home run mark three times. 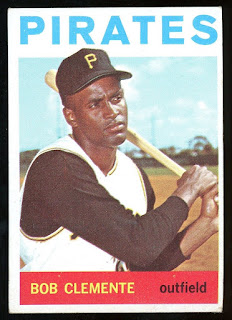 In 1966, he realized the Pirates needed him to drive in more runs with home runs and batting in front of Willie Stargell and Donn Clendenon, it was a natural thing for him to up the slugger totals. So he did. Clemente chose to hit more home runs and in the MVP season he banged 29 of them and drove in a career high 119 while still batting .317. The Pirates didn't win the NL Pennant but were not out of it until the final weekend.

But was it really his best season? He followed it up in 1967 when the rest of the sluggers on the Bucs struggled, by hitting 23 home runs and driving in 110. This time he won the batting title by upping his average to .357, another career high. Pittsburgh faltered in 1967 and Roberto finished third in the MVP voting, losing out to Orlando Cepeda and right behind Tim McCarver of the pennant winning Cardinals. 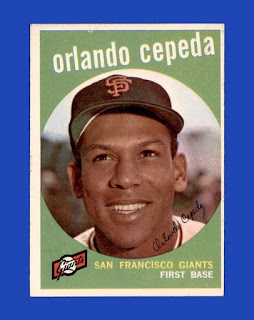 Even the 1967 season, while likely his overall best, could be compared to the 1961 season. The Pirates were coming off a World Series victory over the Yankees and were expected to compete again. They did not. They fell to just over .500 at 79-75, finishing in sixth place, 18 games behind the Reds.

Clemente had a banner year. Following up on a .314 year with 16 home runs, he cranked it up when home runs were not as frequent as they are today. His 23 dingers (second on the team behind Dick Stuart's 35) and .351 batting average (to lead the NL) began to set the Puerto Rican star apart. Before the decade was over, he would win three more batting titles and hit heights of .345, .352 and .357. His only down year was the year of the Pitcher in 1968 and he still hit .291, finishing 10th in batting in the National League. It was the same year the American League winner batted only .301. 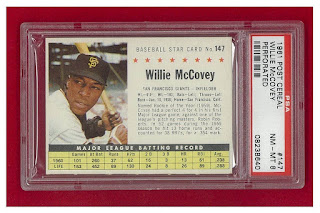 It should be noted too, his outfield assists were amazing during this time. In his MVP season he recorded 17 followed by 18. In 1961 long before the amazing reputation about his arm, players chose to try and run on him more often. In 1961 he recorded 27 assists from right field. Now that is amazing.