TRIVIA QUESTION: Who was the player who drove in the run which ended Don Drysdale's scoreless inning streak?

ANSWER TO TRIVIA QUESTION IN THE PREVIOUS COLUMN: Minnie Minoso finished in the Top Four in MVP Voting four times in his career; 1951, 1952, 1954 and 1960. He garnered MVP votes an additional four seasons.

If there was ever a team of cast offs, has beens and never-were-to-be's, it was the 1968 Dodgers. Just two years earlier they were in the World Series. Sandy Koufax had retired, Maury Wills was gone, Jim Gilliam had said goodbye and the lone holdover from the Brooklyn club which moved to L-A was Don Drysdale. Big D was the lone bright spot in what was a dismal year, which if it had not been for his 58 1/3 controversial scoreless innings streak, the 1968 team would have been a forgotten cast of characters.
A look at the players who were basically closing out their careers or were within a wisp of it, players who had been stars or close to it, were as follows; Ken Boyer, Rocky Colavito, Zoilo Versalles, Tom Haller, Len Gabrielson, Ted Savage, Mudcat Grant, Hank Aquirre and Phil Regan. 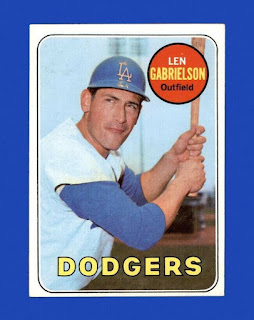 In the group however, were several players who would make their mark in the few following years. They included Bob Bailey, Al Ferrara, Mike Kekich and Jack Billingham. 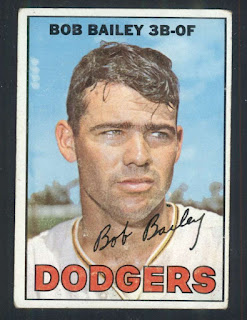 The guys known as "Dodgers" who were just hanging on at the time; hold overs from the World Series year of 1966; Willie Davis, Ron Fairly, Jim Lefebvre, Jeff Torborg, Wes Parker, Claude Osteen, Bill Singer, Jim Brewer and Joe Moeller. Don Sutton was still with the club and would go onto a Hall of Fame career.

The Dodgers finished in seventh place, 12 games under .500. It was a season in which Fresco Thompson was promoted to General Manager during the season and died a few months later.

The club home run leader was Gabrielson, the Giants' cast off, who smacked 10 homers. He was the only player to reach double figures. The club finished next to last in homers hit with 67! And, Mudcat Grant hit one of those. The Team BA was .230 with a lowly .289 OBP and a .319 Slugging Percentage.

When it came to pitching four of the five starters won in double figures but only Drysdale won more than he lost, 14-12. He had to pitch eight shutouts to get to that point. Looking deeper, the pitchers did throw 20 shutouts (third best in the NL) with Singer getting six. 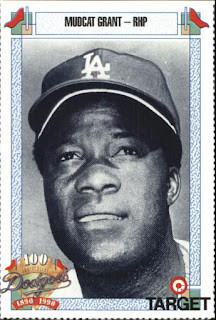 To be sure it wasn't only 1968. In 1969 the club improved in the hitting department with 30 more homers and raising the BA by 24 points. The cast of characters changed and the results were better at 87-75, moving up to 4th in the new divisional set up. Drysdale fell off to 5-4 in  his final season. 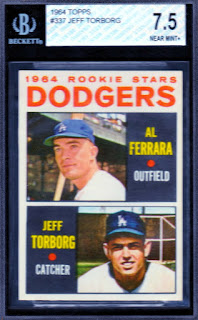 While the club sent away veterans Colavito, Ferrara and Bailey they did bring in aging vets Jim Bunning, Manny Mota and Al McBean. The year 1969 did lay the groundwork for the future however. A solid crop of rookies arrived on the scene. Among them Steve Garvey, Ted Sizemore, Billy Grabarkawitz, Bobby Valentine, Bill Buckner and Von Joshua. Joshua would have his best years elsewhere.

As for the 1968 move on's; Ferrara would become a regular and solid player in San Diego, Kekich would perform well for the Yankees, Bailey would join the ranks of the elite sluggers in Montreal finally achieving the success expected when he signed as Pittsburgh's bonus baby and Billingham would win 142 games (he won 145 overall) in other places including two 19-win seasons with the Reds.