ANSWER TO TRIVIA QUESTION IN THE PREVIOUS COLUMN: While his managing career covered five different franchises, Casey Stengel also played for five different franchises. He broke in with the Brooklyn Dodgers in 1912, moved to Pittsburgh in 1918, then went to Philadelphia to play for the Phillies in 1920. A year later he was playing for the Giants and finished as a player in 1924 and 1925 with the Boston Braves.

The 1959 Chicago Sox won the American League pennant. When the decade of the 60's began, they still won more than they lost but they began a downward spiral and finished third in the AL despite drawing the most fans; 1.6 million. With basically the same team they finished in fourth the following season and saw attendance drop off as well. What Sox fans were sensing was true; the team was getting old and not just "old," but really old.

The average age of the 1960 White Sox player was 30.8 which was phenomenal by modern day standards. What's even more shocking was the fact the average age of the pitching staff was over 32 years old!  Ten of the 17 pitchers Chicago employed in 1960 were older than 30. The starting staff was led by 40 year old Early Wynn and 33 year old Billy Pierce. Gerry Staley had a good year winning 13 with an ERA of 2.42 but was 39 and Turk Lown was 36. 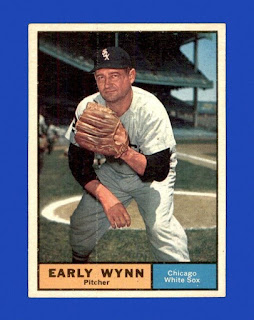 Among the hitters, six of the top nine players were over 30 with the youngest over 30 players being Al Smith and Nellie Fox, who were both 32. Minnie Minoso was 34, Sherm Lollar and Ted Kluszewski were both 35.  Four bench players were past 30 with Jim Rivera leading the elder statesmen at 38. The youngest player on the team was 22 year old Cam Cameron. Lefty Gary Peters, a future star, was still far from making the grade at 23.

Even with those baseball seniors the club was still competitive but it wasn't getting much younger. By the end of 1961 the average age dropped from 30.8 to 30.3 and the pitching staff was still over 30. Wynn 41, and Staley now 40 were still around but the club added 35 year old Hal McLish to the starting rotation coming over from the Reds. 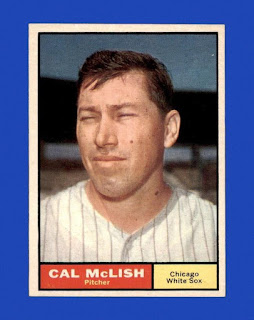 By the time 1962 rolled around it was evident the White Sox were in a youth movement. The average age dropped to 29.1. It was the first time since 1958 it was under 30. Staley was gone but Wynn was around at 42 and would pitch another season before retiring at 43 with 300 wins in his career.  The following season the age dropped to 27 and the Sox were back in business, finishing second with 94 wins.

Rarely does a team get to the point where the club passes the age of 30 and even more rare it stays there for years. There were only eight teams competing for players when the decade turned into the turbulent "60's and it seemed somewhat easier for older, more experienced players to hang around.
It is hard to imagine in today's world a pitching staff more than 32 years old. In 2017 the Sox average age was 26 and the pitching staff was just over 24. Much of the credit must go to there being quite a difference in the Little League and youth baseball systems, with huge development in the college ranks today versus nearly 60 years ago.